Breaking News
Home / BUSINESS / God told me to invest my GH¢1.6m into Menzgold but He didn’t alert me it’ll collapse – Kumasi Prophetess laments

God told me to invest my GH¢1.6m into Menzgold but He didn’t alert me it’ll collapse – Kumasi Prophetess laments

Popular Kumasi-based prophetess Josephine has revealed God directed her to invest her cash with Menzgold, but in the revelation, there was no indication Menzgold will collapse., 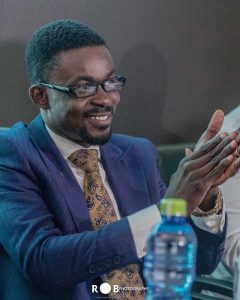 The prophesies joins other prominent persons whose investments have been locked up at troubled company Menzgold and are beginning to show up to reveal how much they sunk into the company and how they did it.

The Kumasi- based Prophetess indicating that she invested her life savings of GH¢1.6 million in the company upon the directive of God, MyNewsGh.com learnt.

How the revelation came

She said God communicated to her through gold bars in her dream.

“For me frankly speaking God gave me the revelation to invest in Menzgold through a dream. I saw in my dream that I was holding bars of gold. We were going somewhere, me and my classmates and somebody called my attention to gold bars lying on the floor.” She narrated.

“Somebody by the gold kept giving me the big bars, and so one girl standing by asked why the person was giving all the big bars to me alone since she was the one who saw it. In the dream I didn’t know what gold was and so I would leave the gold bar and somebody would call my attention to the fact that I had thrown my gold away,” she revealed.

Prophetess Josephine who is among the tall list of persons seeking to recoup their investments disclosed that when she heard of Menzgold at first, she just invested about GH¢30,000 and later on, she added more as she became convinced God has given her a good “cocoa farm.”

“Initially I invested 300million cedis (GH¢30,000) but my shop with which I was doing retail trade got demolished by the authorities for encroachment. I relocated to Akyempem but soon a rich man came to buy the land there and I was removed and so I collected all the money I had Including that for the shop, and took it to Menzgold”, she revealed

According to her, she put all her life savings in the company and was making a 10% monthly interest of GH¢160,000 before the company run into crises.

The mother of five however takes solace in Lamentations chapter 4 verse 1. “Look at how gold has lost its brightness! See how dull the fine gold has become! The sacred Jewels are scattered at every street corner.” She consoled herself.