The Kejetia roads which were reconstructed under the redevelopment project have been opened to the public. 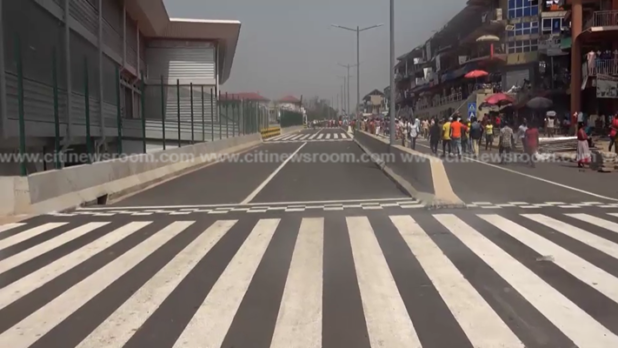 The market is yet to be opened.
According to the Kumasi Metropolitan Assembly (KMA), the stakeholders are still discussing the allocation process.
Traders have on several occasions called on the Kumasi Metropolitan Assembly to open the roads, noting that the closure affected their businesses badly as they were not getting customers.
The authorities were unable to meet their set dates for the road to be opened as the reopening was postponed several times. 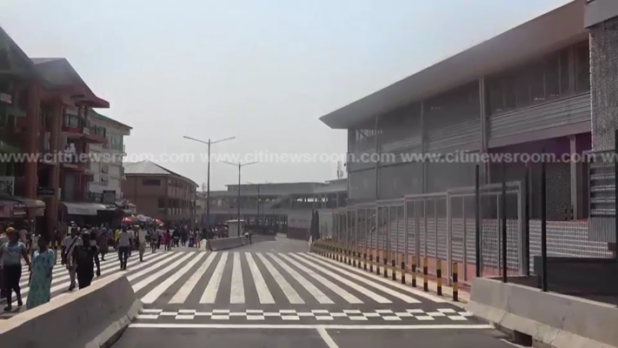 Speaking to Citi News shortly after the road was opened to pedestrians on Monday, the Public Relations Officer of the Kumasi Metropolitan Assembly, Godwin Okuma-Nyame, reiterated that stringent measures had been put in place to ensure that traders do not sell on the pavement.
He said traders are advised to use any of the 34 satellite markets allocated to them.
“What we are doing currently is that the barricade is being removed. Once that is done, the actual road will be opened to traffic. Like we have communicated to the public, this is not the official opening of the project; it is only the road that we are opening to traffic.”

“We expect all traders and hawkers who were doing their businesses on the streets to relocate to any of the 34 satellite markets within Kumasi. We have the security here to prevent them,” he added.
But some of the traders, however, alleged that some persons in authority had sold their allocated areas at the satellite markets to other traders.
“When we were moved away from here to allow for the Kejetia Redevelopment project, someone there took over our areas. He has sold mine to other traders. So where should I engage in my business activities? If indeed they want us to move to the satellite markets, they should critically look at that. We are calling on the KMA to act on this,” a trader indicated.
“After moving us from Kejetia, not all of us were allocated places at the satellite markets. Some persons in authority also sold the places of some traders to others. Some traders are stranded as a result of this. I believe it will be better to give the traders who did not have places at the satellite markets to occupy shops within the newly constructed project when it is opened,” another trader alleged.
–
By: citinewsroom.com | Ghana