The Head Office of Menzgold Ghana Limited in Dzorwulu, Accra, has been burgled. 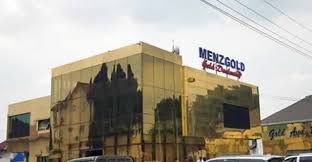 Sources said the thieves entered the office through the back wall and broke the window of the gold-trading firm.

The burglars made away with all computers in the trading hall, TV sets, photocopy machines, air conditioners, fans and DSTV decoders.

The embattled company has not operated fully for months following its inability to pay extra values to its customers.

The premises of all Menzgold’s offices have been vacated and put under lock and key following a court order freezing the assets of Menzgold’s embattled CEO Nana Appiah Mensah.

The Securities and Exchange Commission (SEC) shut down the company over regulatory infractions in August last year.