Only 20% of property owners in Accra pay tax – Study 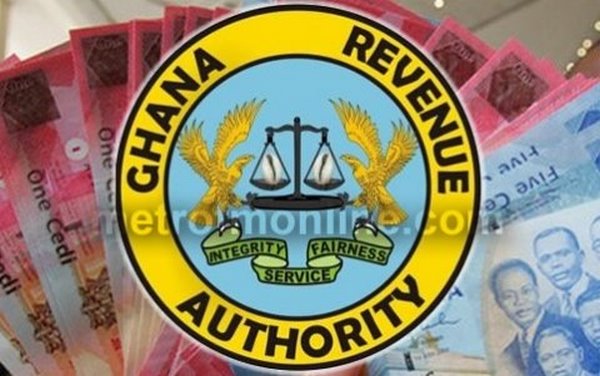 Only two out of 10 properties owners –whether owner-occupied, tenant-occupied and tenant-owner occupied – in the Accra Metropolitan Assembly (AMA) pay their property tax on, a new study titled Residential Occupancy and Property Tax Arrears in Accra, has revealed.

Out of the 80% who renege on their annual payments, 30% t have been in arrears for over a decade.

At a policy workshop to introduce and discuss findings from the research with the AMA in Accra, the researchers noted that the AMA has the potential to generate substantial revenue from property rate tax if it implements the research findings effectively.

The findings of the research include targeted reforms for specific population groups to sustain and improve long-term compliance, stricter enforcement policies and payment-friendly interventions, equitable distribution of amenities, uniformity and fairness in property rate changes, and tax rate increments should be aligned to GDP growth rather than plugging shortfalls.

Dr Wilfred K. Anim-Odame, one of the researcher and currently Senior Technical Advisor at the National Development Planning Commission (NDPC), urged the assembly to take advantage of technology to improve upon its revenue generations.

“I must be able to use my mobile phone to pay for my property rate. In some countries, like Namibia, property rate payments have been tied to other utility payments such as water and electricity. This means the rates are paid on a monthly basis as compared to the annual payment in Ghana. The AMA should look at other best practices to see which one best suits us,” he said.

Dr Anim-Odame, who was, until recently, the CEO of the Lands Commission, added that the findings of the research are very critical for AMA in their effort to mobilise revenue for infrastructural development.

The findings, he explained, state that when the AMA and other assemblies provide more social goods such as roads, drains, collection of garbage, police stations, schools and others, residents are happy to pay back in terms of property rates.

“The AMA must create a platform to look at the findings and improve on that and move from 59percent to at least 90percent. Data collection has to be up-to-date, valuations have to be up-to-date, improve upon mode of collection because in the world we live today, you do not expect people to walk to your office to pay property rates,” he added.

Professor Dennis Philip, one of the researchers and professor of finance at the Durham University Business School, UK, added that there are some clear policy considerations that have come out of the research and the AMA should pursue such policy moves to improve upon revenue collection.

He added that the AMA should look more into research and development. “I am very keen to work with AMA to achieve its potential and I believe that the political will at AMA is such that we will be able to bring measures into place that can easily mobilise efficient collection and ensure high compliance than what we currently observing in the data,” he added.

The Mayor of Accra, Nii Adjei-Sowah, in his remarks noted that the skyline of Accra has changed considerably and that requires the various assemblies within the Accra Metropolitan Assembly (AMA) area to revalue the properties and collect the right rates from the property owners.

By law, he noted, the assembly is supposed to revalue properties every five years but unfortunately, in the AMA area, properties have not been revalued for the past 11 years.

“It was just last year that we began the revaluation of properties. There is a lot of work after the revaluation including public engagements with the ratepayers for them to get an understanding of the new rates and agree to pay. That is where we are now,” he added.

These research findings, he assured, are going to help and guide the assembly in the decisions taken. “It is not only talking about how to fix your rate but to guide the assembly on how to utilise the funds we get because there is a connection between the money we collect and the services we provide. This is going to inform us of the work we are doing in Accra,” he said.

The sample size for the research was 52,087 residential units and data obtained from the AMA covered 2007 to 2016. Other members of the research team were Economics and Finance Professor, Damian Damianov and Ghanaian PhD student Precious Brenni, both of Durham University.

The research classified residential areas into three zones. The first zone comprised of affluent residences such as Roman Ridge; the second zone considers middle-class settlements such as Adabraka and the third was low-income areas like Nima. It was discovered that persons living in the third zone areas suffer the most when there are increases in property rates.

Previous (Video) Gov’t will not accept cash for service delivery by 2020 – Bawumia
Next From a Prison Officer to a PRISONER; the sad story of Lance Corporal Abibulai Nankpa