A woman found dead at Serwaa Nyarko Junction in Kumasi

A young woman believed to attain the age of 40 has been found dead at Serwaa Nyarko School Junction at Dichemso in the Ashanti regional capital Kumasi. 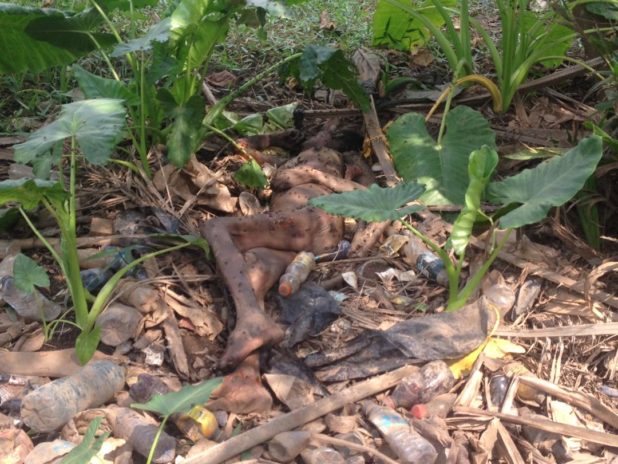 The deceased was founded naked with house flies and insects all over the body.

Speaking to Isaac Nsiah Foster,  spokesperson for Dichemso Electoral Unit , Eric Tuffour said , the deceased could be a mad person who used to play around that area.
He further stressed a scrap dealer who had gone to look for pieces of metals at the place was shocked to see the dead woman.

“The frightened scrap dealer instantly raised an alarm which attracted many people to the location” Eric Tuffour noted.

However most of the people who rushed to the scene denying knowing the deceased.

Police is yet to pick the body to conduct an investigation in the cause of the deceased.