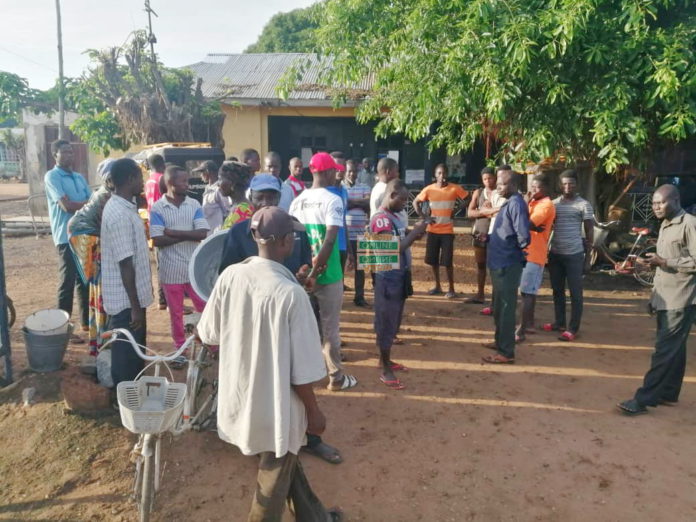 A 43-year-old man identified as Akwesi Philip has been allegedly murdered by his ex-wife and her lover at Yeji in the Pru District of the Bono East Region.

Information gathered by Adom News suggests Akwesi Philip suffered severe beatings from his ex-wife and lover, leading to his death.

Thomas Tatur, a relative of Philip, said the incident happened around 7:00 pm on Wednesday evening.

We were in the house on Wednesday when we heard our brother was involved in a misunderstanding with the woman who happens to be his ex-wife and in the process, he was hit in the head with a stick, he narrated.

Listen to the brother of the deceased below:

We took him to the police station to lodge a complaint after which we rushed him to the hospital but he was pronounced dead, two hours later at the St Mathias hospital in Yeji, he added.

The Pru East District Commander, Supt Thomas Owuahene who confirmed the incident said the suspects had been arrested with investigations on-going.

Listen to the police in the audio above.