Menzgold CEO Nana Appiah Mensah, also known as NAM 1, has had a case against him dismissed in an ongoing trial in Dubai where he was accused of fraud. 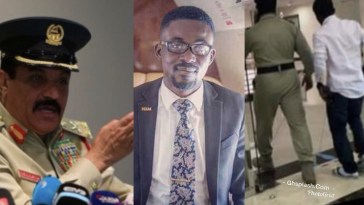 The court, presided over by Judge Sheikh Abusalem Andulai, said NAM1 has no hand in the company’s loss and he delivered his part of the contract perfectly.
Judge Sheikh Andulai went ahead to dismiss the case and ordered the company Horizon Inc. to pay NAM1 the amount of $56 million within 7 business days being money owned NAM1 and legal charges.
This is a developing story. We will be sending live feeds soon.

A Dubai-based satirical newspaper who broke the information reported that Horizons Inc. effected the payment of the said amount to NAM1 few hours after the court’s ruling.