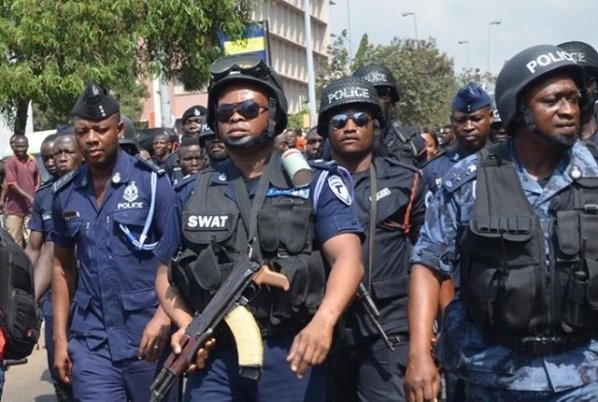 MyNewsGh.com can exclusively report that the two Canadians who were kidnapped last week have been rescued according to a police source in Kumasi.

They were reportedly rescued on Wednesday morning at Sawaba a suburb of Kumasi by a combined team of police SWAT and National Security Operatives our source revealed.

It is gathered that the driver of the vehicle used for the kidnapping who is a mechanic and one other person have since been arrested and are assisting the security agencies to unravel the identities of the others.

Our source reveal that the two victims are safe.

It would be recalled that two Canadians aged 19 and 20 respectively were kidnapped in the Ashanti Regional Capital of Kumasi last week.

The Ghana Police Service in a statement signed by Director of Public Affairs ACP David Klu revealed that the incident happened at Ahodwo, Kumasi Royal Golf Club, at 8.25pm on 4 June 2019.

As a result, Canadian nationals in Ghana have been alerted of violent crimes in the country including armed robbery and kidnapping and urged not to show any signs of wealth.

Statement from the information ministry 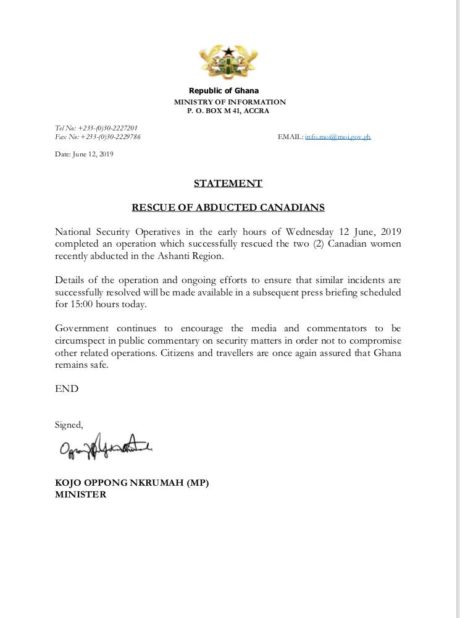 A tweet by the Canadian government on Thursday June 6, 2019 and sighted by MyNewsGh.com reads “#Ghana: violent crimes, including armed robbery and kidnapping, may occur. Be aware of your surroundings and avoid walking alone or displaying signs of wealth. Ensure that windows and doors in your residence are secured”