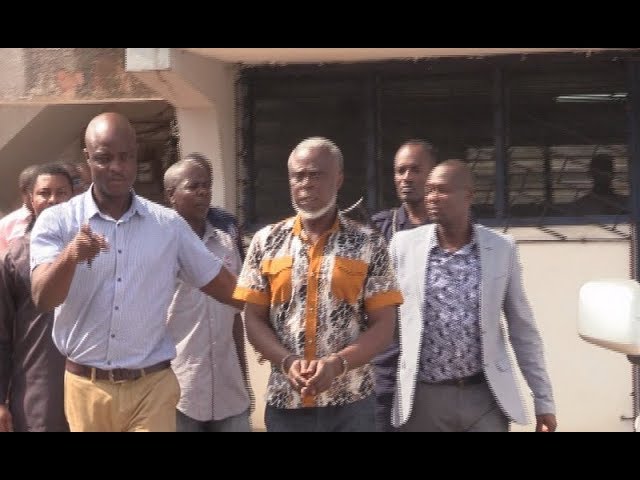 State prosecutors have charged nine persons with treason felony for allegedly engaging in an “elaborate plot targeted at the Presidency”.

The treason charges follow a government statement last month that a joint security operation had led to the retrieval of several arms, explosive devices and ammunition from locations in Accra and Kpone-Bawaleshie in Dodowa.

Charges of possession of explosives, arms and ammunition without lawful excuse were also levelled against some of the accused persons.

ASP Asare said the accused persons intended to engage in series of demonstrations geared at toppling the government.

ASP Asare also said TAG had since secured the services of one other person already in custody to produce explosives and guns for the operation at the Citadel Hospital.

Payments amounting to 2,300 according to prosecution were made for the six pistols while 400 cedis has since been paid for some explosives.

He also said plans were made to purchase two AK 47s at a price of 7,000 cedis while adding that the Senior Military officer was asked to recruit other soldiers for the operation.

He said the group also planned to take over other key installations such as the National Police training school and the 37 military Hospital, facilities he said were part of located places on a sketch map to be used for the operation.

He said Dr Mac-Palm gave the other accused persons chemicals to be mixed with the explosives such that they will put people to sleep for at least an hour once they inhale the smoke emanating from the used explosives.