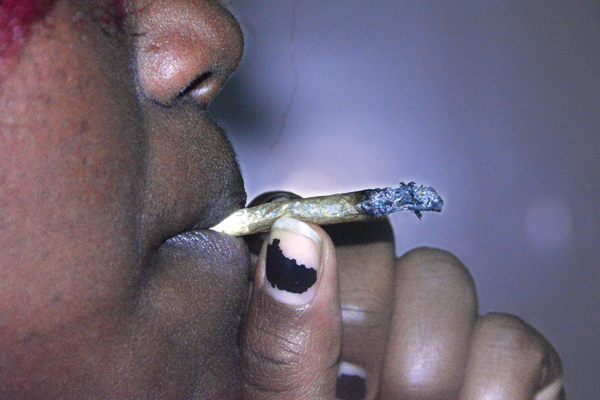 Six people were yesterday arraigned at the Kigumo Law Courts for hosting a party whose entry ticket was a stick of bhang (marijuana).

The six were charged with being in possession of bhang. Police narrowed to the six in a group of 83 people who had been arrested on Sunday night while hosting a party at a club in Kenol town.

The six are club owner, party organisers, master of ceremonies, DJ and a person believed to be the supplier.

They, however, did not take plea as the prosecution requested the court to have them detained in police custody to allow for investigations.

Senior resident magistrate Agneta Ogonda ordered the suspects be detained for seven days. The suspects will be back in court next Monday.

Others who had been arrested were charged with being drunk and disorderly and committed to community service around the court’s premises.

Murang’a South police boss John Onditi said after raiding the club, those in attendance dropped the bhang to the floor and some bhang sticks were found on the counter and the DJ’s table.

He said the revellers had come from Thika, Ruiru and Nairobi and their vehicle is believed to have been used to ferry bhang.

Onditi said the owners of the vehicle refused to hand over the keys forcing police to tow it to Makuyu Police Station.

Onditi decried increased abuse of bhang in the area pointing out that the peddlers seem to have found a big market there. He said they are making arrests of people found in possession of bhang in efforts to fight the vice.