E/R: Man, 47, murdered in his room by unknown assailants 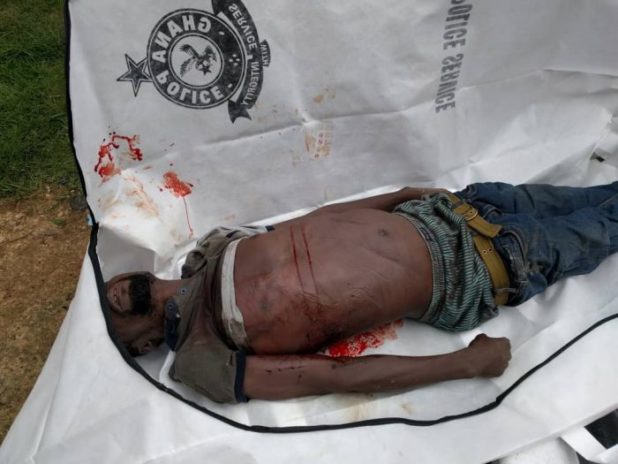 A 47 year old man has been murdered in in a cold blood in his room at Akyem Twapease in the Kwaebibirem District of the Eastern region by unknown assailants.

The body of the deceased -Agya Osei Mensah Bonsu -Owner of Krama Oil palm processing firm has been deposited at Kade Government Hospital Morgue for preservation.

The Assembly Member for Tweapease -Foster Boahene said the deceased was found dead in a pool of blood in his room around 8:30am Wednesday July 10,2019 hence informed Police.

Upon receipt of the information, police Detectives were dispatched to the crime scene and found the body of the deceased Agya Osei Mensah Bonsu lying in a pull of blood in a prone position on his bed .

Careful examination on the body by Police revealed deep cuts on his right ribs and marks of injuries on the body.

The incident brings to three murder cases recorded in the district within two weeks. –