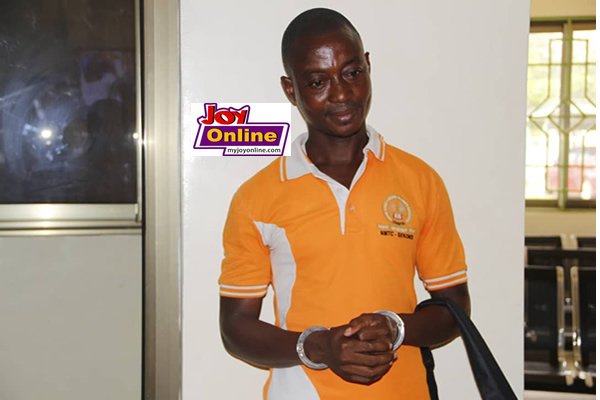 A 33-year-old who was unsuccessful in completing his nursing education has been slapped with a 22-month jail term for using forged documents to undergo national service as a qualified Nurse at the Goaso Municipal hospital in the Ahafo Region.

According to the Health Ministry, Francis Awine Anaafo, who was dismissed from the Nursing and Midwifery Training College, Sekondi in the Western region, was sentenced on June 28, by the Madina District Magistrate Court ‘1’ following his conviction on a charge of defrauding by false pretence and impersonation.

Facts of the case

On February 21, 2019, the Medical Superintendent of the Municipal Hospital in Goaso wrote to inform the Council that Mr Francis Anaafo who was using the name Simon Yaw Woli was underperforming, so he should be investigated.

Upon receipt of the letter, Mr Francis Awine Anaafo was invited to the Council’s Head Office in Accra where he was made to present his certificate of registration, result slip and the national service logbook.

The Council, upon screening the documents detected that Mr Francis Awine Anaafo fraudulently used the name of Mr Simon Yaw Woli, who is a qualified nursing practitioner, to obtain an extract-of-occurrence from the Ministries Police Station to the effect that his certificate, results slip and logbook were missing.

Mr Anaafo fraudulently acquired a duplicate copy of Simon Yaw Woli’s Registered General Nursing (RGN) Certificate with the extract and presented it to the National Service Secretariat to register for the 2018 national service. Upon successful registration at the National Service Secretariat, Mr Anaafo was posted to the Goaso Municipal Hospital where he commenced his service in September 2018.

The Intelligence and Disciplinary Department in the course of investigations contacted the real Simon Yaw Woli who had his original RGN certificate and results slip in his possession.

He revealed that he and Mr Francis Awine Anaafo commenced nursing training at the Nursing and Midwifery Training College, Sekondi in August 2013 but in 2015, he (Mr Anaafo) was demoted and later sacked from the school for non-performance.

Officials from the Intelligence and Disciplinary Department of the Nursing and Midwifery Council with the assistance from the Airport Police on March 15, 2019, arrested Mr Anaafo and after thorough investigations, arraigned him before Her Worship Maame Efua Tordimah (Mrs.) at the Madina District Magistrate Court ‘1’. Mr Anaafo pleaded not guilty to the charges. After the trial, he was found guilty and sentenced to 22 months imprisonment for defrauding by false pretence and impersonation.

Following the judgement, the Governing Board of the Nursing and Midwifery Council has in a statement, cautioned like-minded offenders and would-be offenders that such conduct is punishable and that the Council will not condone such behaviour.

The statement signed by Registrar, Felix Nyante, said: “The Council shall tighten the noose around practitioners and persons seeking to practice nursing and midwifery in the country on the basis of possessing fake documents.”

“The Council is, therefore, appealing to managers of health facilities, training institutions, media and the general public to report any suspicious and unprofessional conducts from practitioners to the Council for the necessary regulatory actions to be taken.”