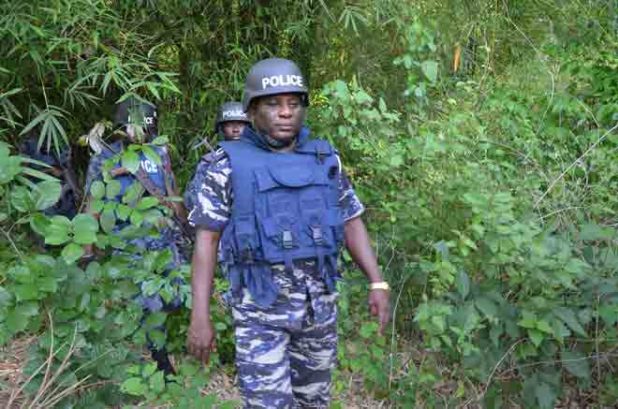 A nine-year-old boy who was kidnapped at Aboaso, a suburb of Agona Swedru in the Central Region last week, has been released after relatives paid a GHc3,000 ransom.
The kidnappers first demanded a GHc5,000 ransom or threatened to harm the boy. After the ransom was paid, the kidnappers released the boy in a nearby village.

A relative of the nine-year-old, Maxwell Buabeng Hazel recounted the family’s ordeal to Citi News, stating that incident occurred on Wednesday, March 20.
A relative sent the boy to buy kenkey that evening but after waiting two hours, there was no sign of the boy.
“The seller of the kenkey told my inlaw that he had given the kenkey to the guy some two hours ago,” Maxwell said.
That same day, the boy’s mother received a call with the ransom demand.

“The person was like he has kidnapped the guy and is requesting an amount of GHc 5,000 from the mother before they released the son to them.”

They then rushed to police and reported the kidnapping.
Two days later, on Friday evening, the kidnappers called again and gave a 30-minute ultimatum and reduced the ransom from GHc 5,000 to GHc 3,000. The kidnappers also extended the deadline to Saturday.
After that, Maxwell said the family “went to the police station again on Friday night and the police were trying to reach out to MTN so that they do their own investigation over there. On Saturday morning they called and gave us some lines to deposit the amount so we deposited the amount of Ghc 3,000,” he continued.
After that, the kidnappers said they would release the boy at a nearby village called Gomoa Mfansteman.
After searching Gomoa Mfansteman to no avail, the family moved on to a village nearby where the finally found the boy with two women.
“It was there that we saw the boy. He was in the company of two women. According to the women, they saw him in a bush when they were going to farm.”
–
By: citinewsroom.com | Ghana