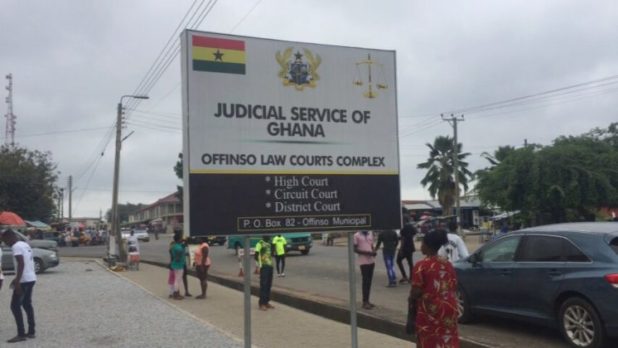 The Offinso Magistrate Court has remanded two linguists of a fetish priestess for two weeks for allegedly shooting two children one of whom died.

Eleven-year-old Blessing Opoku was pronounced dead on arrival at the hospital but Nicedear Adams, nine years of age, has since been treated and discharged.

A gun Sumaila was reloading after use went off and hit the two girls during a display by the priestess.

The deceased mother, Afia Dakowaa, who was in court, could not hide her tears.

According to her, her daughter, who had gone out around 8:pm that night, had taken money from her to buy food.

She went out to find the child who had stayed out for long but the search was unfruitful only to hear later the girl and her friend had been shot.

Fetish priests in the area have condemned the act insisting the priestess is an unauthorised practitioner.

He explained that an action would be taken by the traditional authority under which the priestess works.

Deputy Superintendent of Police Edmund Nyamekye is leading investigations into the matter, with priestess being held for questioning.

Two other suspects, one of them named Kofi Acheampong, are on the run.