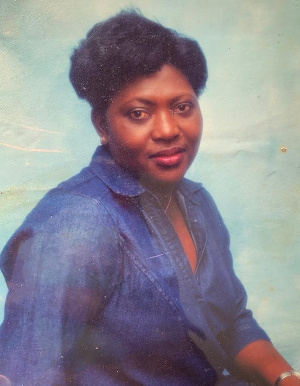 The wife of Joe Baidoe-Ansah a former minister of Aviation, Trade and Industry under the Kufuor administration has reportedly passed.

In a statement signed by Fritz Baffour, it disclosed that Mrs. Theresa Baidoe-Ansah died on Wednesday, December 25, 2019.

Little information was given on the cause of death but the statement added that the final funeral rites of the spouse of the former MP for Kwesimintsim constituency in the Western region would be announced later.

read the statement below