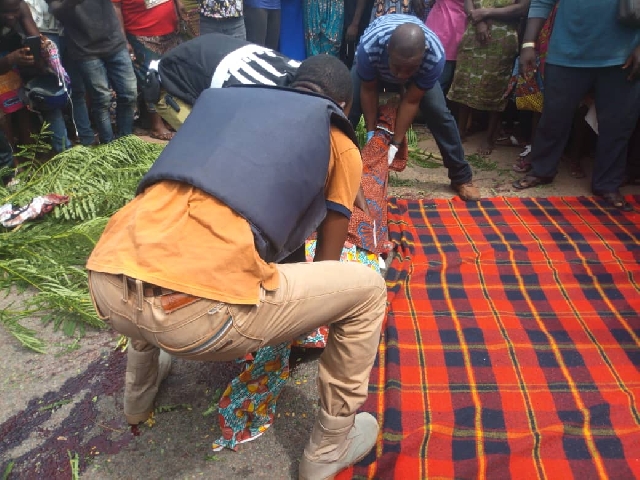 The body being carried by the police

A 28-year-old shop owner, Wisdom Darkey, has been run over by a vehicle belonging to a taskforce team of Ho West District Assembly in the Volta region.

The deceased is said to have refused to pay a district levy of GHS25, which led the angry four-man task force officials to lock-up his shop, during the early hours of Wednesday, 10 January, 2020.

The driver of the task force, according to Class News’ Volta Regional Correspondent, run over the deceased when he sat on the vehicle’s bonnet to prevent the officials who had locked-up his shop from moving their car.

The driver of the team with a Toyota Hilux pickup, who is alleged to have threatened to kill the deceased, drove the car and run over the deceased when he fell off the bonnet.

Some irate youth in the area today 22 January, 2020 stormed the Assembly’s premises, vandalised and later burnt one of the vehicles belonging to the assembly.

They ransacked the place and took away computers and other valuable materials, while staff of the Assembly including the District Chief Executive (DCE) fled the scene. 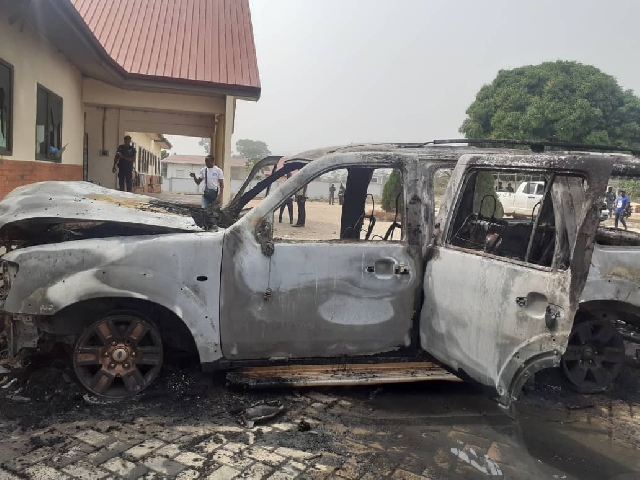 The Ho West District Police Command moved to the scene to restore order. 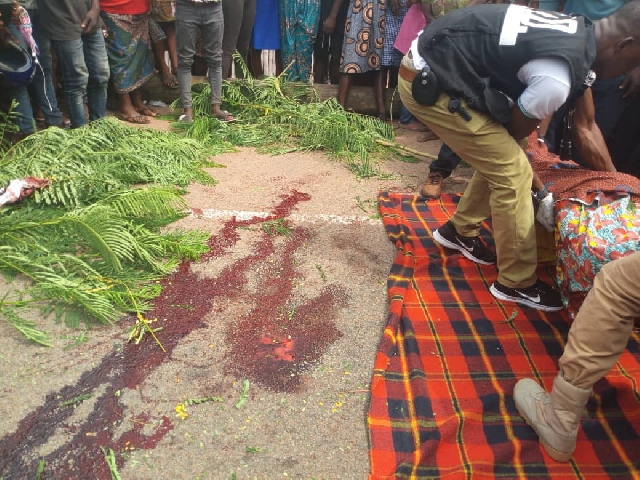 Class FM’s visit to the accident scene saw blood of the deceased spilled on the road.

Family members were spotted wailing and cursing the offenders. 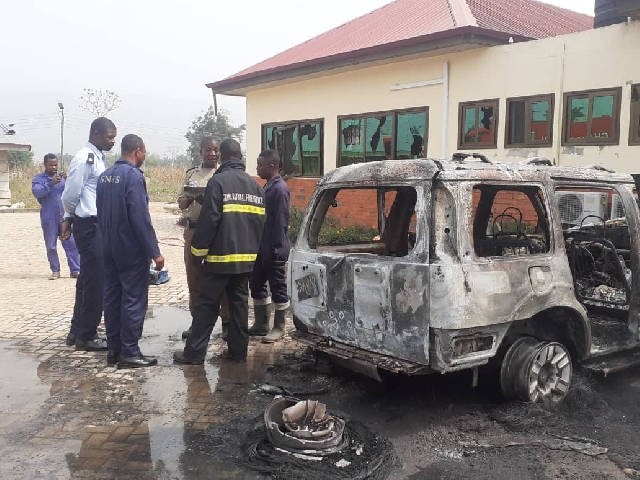 The body has been deposited at the regional hospital morgue.

The police have, however, been tight-lipped about the matter.

Previous USE THE “IRIS” AS BIOMETRIC MODALITY FOR THE NEW VOTER REGISTER- LECTURER SUGGESTS.
Next Ghana Armed Forces aircraft crashes at landing base in Accra