I did not believe Major Mahama was an armed robber — Witness 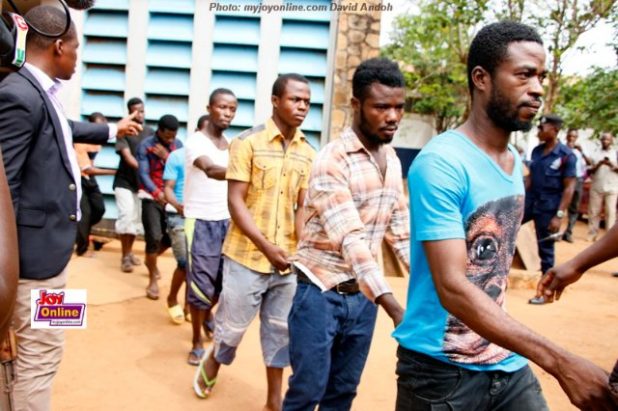 A prosecution witness has told the Accra High Court that he did not believe Major Maxwell Adam Mahama was an armed robber when he saw his body after he had been lynched at Denkyira Obuasi.
Detective Sergeant Solomon Sakyi-Armah, the eighth prosecution witness and one of the first policemen to appear on the scene of the incident, was in court to testify in the trial of the 14 people alleged to have conspired and killed the military officer.

The witness made the statement yesterday during cross-examination by one of the defence counsel, Mr Anim Addo.
Below are excerpts of what transpired between the witness and counsel: Mr Anim Addo: When you got to the scene and found the body, did you think the person was an armed robber. 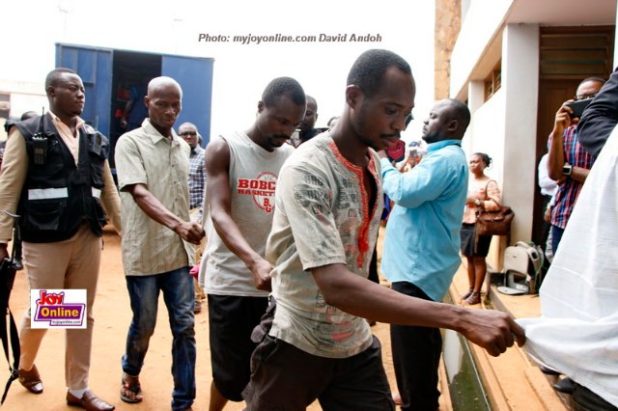 Another defence lawyer, Mr Augustine Gyamfi, asked the witness if armed robbery cases were rampant at Denkyira Obuasi and its environs, to which the witness answered that such cases were normally reported to the police, especially during festivities. 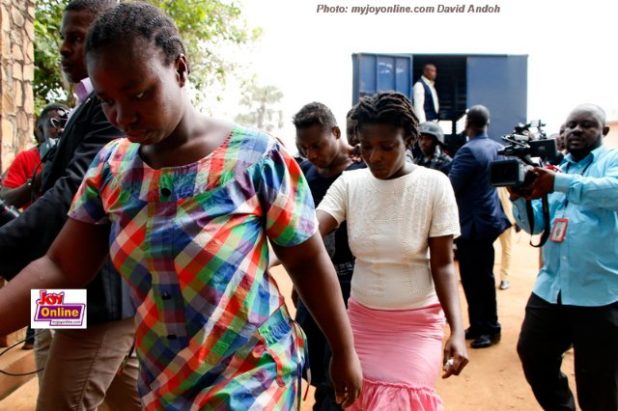 Based on the answer, counsel asked the witness if it was unusual for the people of Denkyira Obuasi to have acted the way they did by lynching the military officer.
The presiding judge, Mrs Justice Mariama Owusu, a justice of the Court of Appeal with additional responsibility as a High Court judge, however, disallowed the question, with the explanation that it was the duty of the jury to determine that. 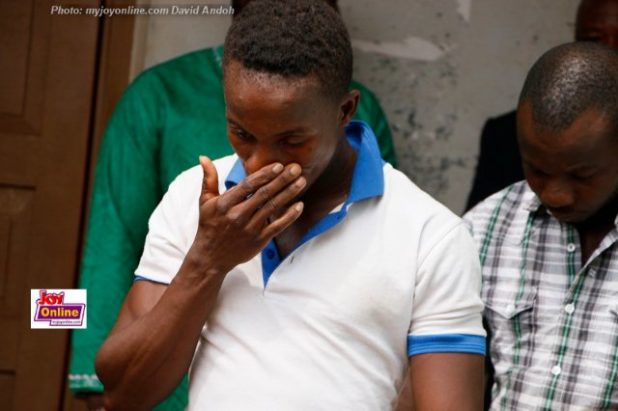 The issue of armed robbery has become a major line of questioning for the defence lawyers. They have tried to make a case during cross-examination of prosecution witnesses that their clients did not conspire to kill the military officer but that Major Mahama was killed because the people of Denkyira Obuasi thought he was an armed robber.

The cross-examination is expected to continue today. 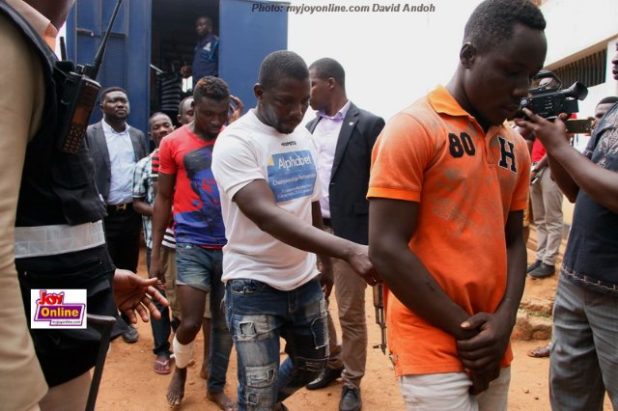 Evidence-in-chief
Led by the prosecutor, Ms Frances Mullen Ansah, a Principal State Attorney, Det. Sergeant Sakyi-Armah told the court in his evidence-in-chief that he was stationed at Denkyira Dumenase, which is not far from Denkyira Obuasi.
According to him, on May 29, 2017, he was at the police station when he got a call from a friend that there was an armed robber at Denkyira Obuasi.
The policeman said he informed his commanding officer and, together with other policemen, proceeded to the place.
He said he called the police at Diaso, since Denkyira Obuasi was under the jurisdiction of the Diaso Police.
The witness testified that when he got to Denkyira Obuasi, he saw about 40 people on both sides of the road and a male adult lying on the ground, with a T-shirt which was in flames placed on his chest.

Apart from that, he said he also saw a cement block placed on the shoulders of the body, which was naked.
He further told the court that he and the other policemen took a picture of the body and the scene, while one of them used a stick to remove the burnt T-shirt from the body.
A closer look at the body, he said, revealed multiple wounds and marks, with blood oozing from the nose and the mouth.
The body, mdeanwhile, was not moving.

Background
Major Mahama was killed at Denkyira Obuasi in the Central Region on May 29, 2017.
He is said to have been lynched as he went on a morning walk that led him to Denkyira Obuasi.
Fourteen people, including William Baah, a former Assembly Member for Denkyira Obuasi, are standing trial in connection with the death of the military officer.
They have all pleaded not guilty to charges ranging from murder, abetment to murder and conspiracy to commit murder.

Previous Ignore fake “ANTS” group; they are fake – TEWU warns GES staff
Next You could be JAILED for making excessive noise during sex – Lawyer Maurice Ampaw