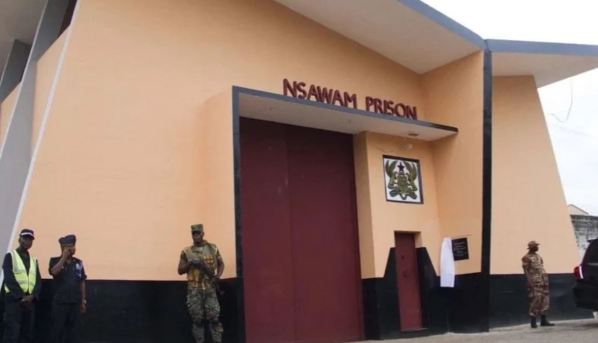 The pathetic story of Amo Mensah, has sent shockwaves down the spines of the many who are accusing his ex-wife of failing to show real love to her husband who was jailed years ago and has just been released.

According to the Executive Director of Crime Check Foundation Ibrahim Oppong Kwarteng, the ex-convict was released from incarceration a fortnight ago after serving his term but was met with a bigger shock of his life.
Just when he thought he was off home to reunite with his family, he was compelled by circumstances to spend the night on the streets because the woman could not wait for his return and therefore entered another relationship leading to marriage and was now living with another man.

He wrote on his Facebook page “Most ex-convicts re-offend and go back to Prison because of stigma and lack of job opportunities. That’s why Crime Check Foundation in collaboration with Christian Atsu has come up with the CCF Reintegration Project which seeks to support ex-convicts with means of livelihood. Amo Mensah is one of the beneficiaries. After coming out of Prison two weeks ago to hear his wife is married to another man, he had to spend the night on the street. Through our new initiative, he has been given five sacks of belts to sell for a living. That is our contribution to reducing crime among ex-convicts in Ghana. The devil, they say finds work for idle hands”