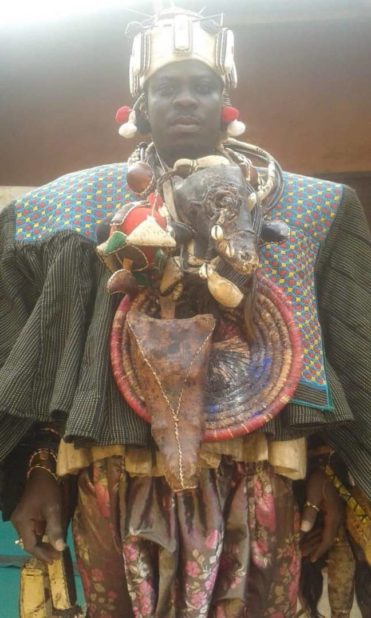 The self-acclaimed fetish priest, Issahaku Yakubu Kambona, 35, who allegedly shot and killed a policewoman, Corporal Agartha Nana Nabin, last week in Tamale, is reportedly unconscious since his arrest by a combined force of crack detectives and security personnel.

The Chronicle’s in-depth probe has established that Issahaku, popularly known as Pride of the North, as inscribed at his shrine, is presumed alive because he breathes to confirm his existence on planet earth. On Sunday, he briefly opened his eyes and closed them, as though his deities had abandoned him.

Bullet wound
In the aftermath of the painful killing of the policewoman at a snap checkpoint, the police deployed its might from the headquarters in Accra to the Northern Regional capital of Tamale, and together with a standby force, pitched camp with the common objective to fish out the unseen undesirable elements responsible for the heinous act.

Police intelligence led to the raid of a camp operated by the juju man.

The Chronicle sources intimated that during the raid on his camp, he opened fire on the heavily armed security enforcement and when same was returned, he was subdued.

During the ensuing rapid-fire operation, the juju man, who was a known advertiser of bulletproof amulets and talismans, sustained severe gunshot injuries in the right arm and rib.

A number of persons were arrested, including his two wives and a teenager, who he had trained as an arms storekeeper or ‘armourer’.

One of his two wives, currently in custody to assist advance the investigation into activities of the group and the motivation for the alleged killing of the policewoman, is reported to have admitted to the authorities that she was aware that the husband was sometimes bringing into the house various kinds of weapons.

As crack detectives have gone ‘underground’ to dismantle and tame his colleagues, questions popping up are who was the suspect Cpl Nana Nabin denied access to speak to in police custody, hence, the unreasonable revenge, as is being speculated in security circles. What offence did the alleged suspect commit, where and who might be possible accomplices? 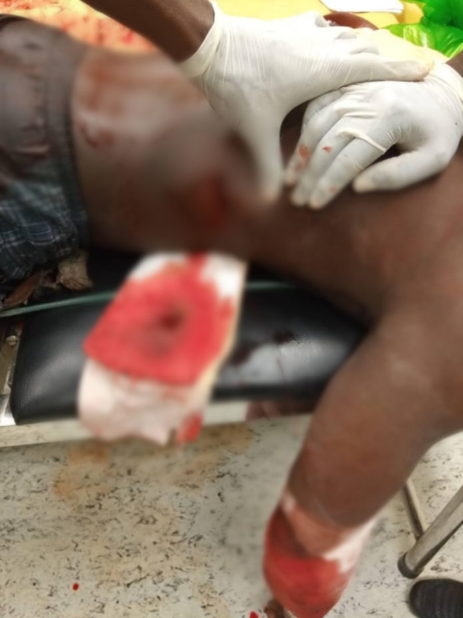 Meanwhile, after screening the persons arrested so far, four are to be put before the Tamale District Court today to be remanded to pave way for further investigations.

On the leader of the group, as he remains admitted at the hospital and may be unable to appear at the court, it is likely a warrant would be obtained to cover him on bed as a remand prisoner, with heavily armed guards present.

A top security source in Tamale informed The Chronicle that autopsy was performed yesterday on the body of the murdered policewoman.

From there, the source continued that the investigation, which has already been set in motion, will intensify to trace the source of supply of the military accoutrements, such as uniforms, boots and weapons to the group.