Loom Is A Scam— EOCO Warns

Loom Is A Scam— EOCO Warns 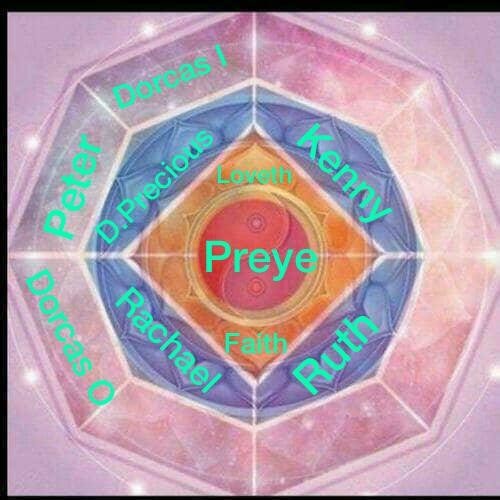 The Economic and Organised Crime Office (EOCO) says the new trend of online “susu” investment called “Loom” is nothing but a scam.

In a statement issued by the Head of Public Affairs Unit of EOCO, Jacqueline Avotri, the scheme is targeted at younger demographic of victims who are willing to part away with money on cyberspace.

EOCO is therefore warning the general public to distance themselves inorder not to be loomed by the latest scam.

The Economic and Organised Crime Office (EOCO) has for some time now been monitoring the new trend of “susu” investment online called LOOM.

It is a scam and the general public is cautioned to desist from investing and patronizing the Loom. Therefore, anyone who transact business with the Loom does it at their own risk.

The Loom gets people to recruit other people to invest money, much like a pyramid-selling scheme. The loom sits in a circle and every time a new person is recruited, others are pushed closer to the centre of the circle where they are promised a payout. However, if people are unable to find investors and move closer to the centre of the circle, the last people to invest lose their money. There is no actual product coming from the scheme and is only beneficial for people who get in early because everyone else pays up the chain. It is just a pyramid scheme disguised

The scheme is targeted at younger demographic of victims who are willing to part away with money on cyberspace.

“Loom” was first discovered in UK and it is now circulating across the globe with different names such as Loom Circle, Fractal Mandala, Blessing Loom and Loom Money Nigeria.

The Security and Exchange Commission on 11th June, 2019 cautioned the public that the Loom is not licensed to operate in the capital market.

The Economic and Organised Crime Office in line with its mandate to prevent and detect organised crime will continue to monitor developments with online investment with the view to ensure that citizens are protected from scammers and fraudsters. 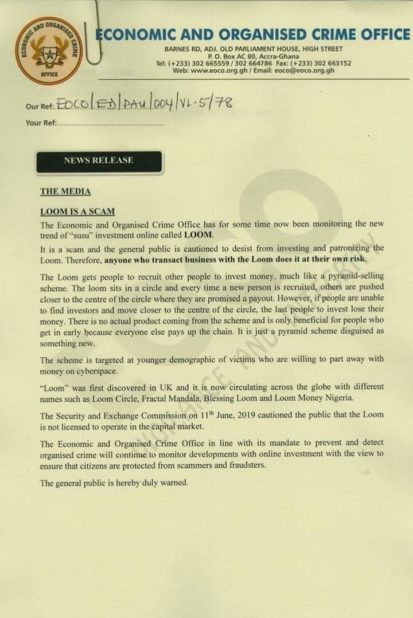