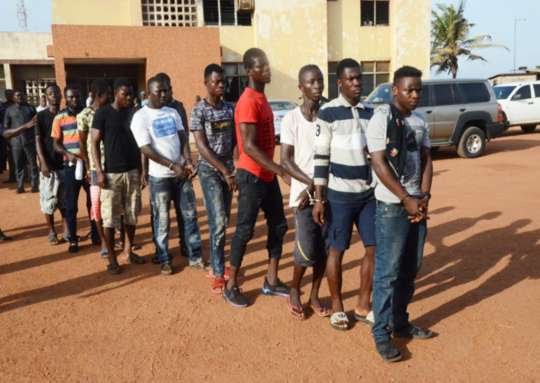 Mr Baffour Appenteng Nyamekye, the 12th prosecution witness in the trial of the alleged murderers of the late Major Maxwell Mahama, has been involved in an accident.

The Assistant Commissioner of Police, who was under cross-examination, had an accident over the weekend, according to the State Prosecution and was hospitalized but was discharged on Monday, July 10.

Mrs Evelyn Keelson, the Chief State Attorney, told the Court that, she had a brief chat with the witness and prayed the Court for an adjournment.

The Court presided over by Justice Mariama Owusu, a Court of Appeal judge sitting with additional responsibility as a High Court Judge upon the prayer adjourned the trial to Tuesday, July 23 for continuation.

At the last adjourned date, the witness told the court that he never constructed a google map but rather re-constructed the crime scene sketch.

Mr Appenteng, who has served with the Ghana Police Service for 30 years, was answering questions in further cross-examination by Mr Bernard Shaw, the counsel for William Baah, and said he added a couple of inputs to the google map to arrive at the crime scene sketch.

Asked, whether he knew that the Military were in that District to give protection to a mining company called C and G, he answered in the affirmative.

Fourteen persons are standing trial at an Accra High Court over the killing of Major Mahama, who was an officer of the 5th Infantry Battalion, at Burma Camp.

The late Major was on duty at Denkyira-Oboasi in the Central Region when on May 29, 2017 some residents allegedly mistook him for an armed robber and lynched him.

The mob had ignored his persistent plea that he was an officer of the Ghana Armed Forces.