The Central regional Police command has arrested a 37-year-old man Abraham Tetteh on the charges of incest, abortion and defilement. 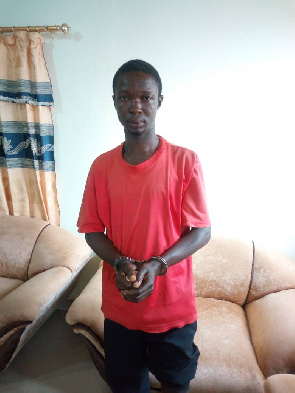 According to the Police, the man Tetteh attempted to abort the pregnancy of the 16-year-old by administering a drug to her.

He was, however, dragged to the palace of the chiefs on the matter where the police moved in to arrest him.

He is currently in police custody while the police has issued medical forms to the victims to seek treatment.