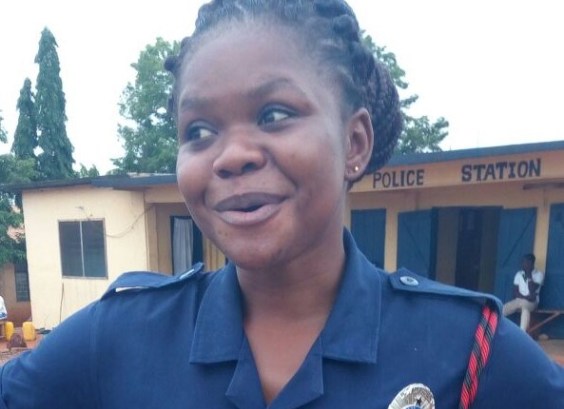 The Police administration and colleagues are on a hunt for the unknown female constable whose n**de video has gone viral on social media, MyNewsGh.com has gathered.

Sources reveal that the junior officer recorded the act meant for boyfriend who is out of the country but it mistakenly got leaked by a close friend and subsequently found its way onto social media especially WhatsAapp platforms before landing on mainstream media.
Her location is not known but close sources reveal it is likely she is based in either the Central Region or Western region but hinted there are efforts to fish her out soon

MyNewsGh.com on Wednesday broke the story following the leakage of the about five minutes and fifty seconds video believed to have been recorded in the bedroom of the junior officer with a mobile phone revealing her stripping herself and setting the camera towards where she stood in order to be well captured.

She then rushes to lock the door and starts taking off her panties, posing in different angles while caressing her breast and other private parts.
Portions of the video appear quite disgusting in view of the actions being taken by the sole actor and producer who it is gathered has since gone into hiding.

It is not immediately known by MyNewsGh.com who the video was intended for and how it was leaked to the public but this is not the first time a female police woman has been engaged in such an act.

Watch the full video below!!!!