By:brightwebtv.com/Martin awuku
An Ilorin High Court presided over by Justice Adenike Akinpelu has sentenced a notorious armed robber, Olatunji Ibrahim Ariyo, and his cohorts to death by hanging. 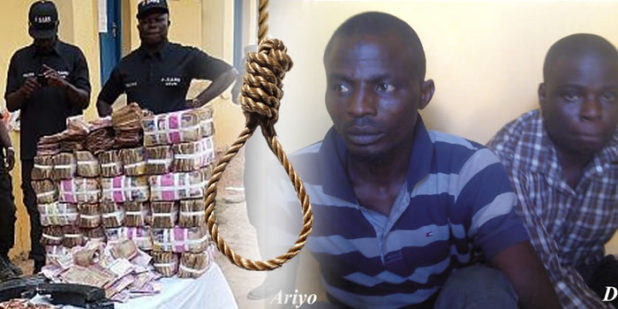 Ariyo, who is popular in the state capital for his nefarious activities, was sentenced alongside, Ganiyu Sulyman Yaro, Timothy Oyebanji, Lukman Olateju Sanda and Akeem Olayinka (deceased).
According to Justice Adenike Akinpelu, the convicts were tried on a six-count charge for the offences of criminal conspiracy, armed robbery, causing mischief by fire and theft contrary to Section 6 (b) and 1 (2) of the Robbery and Firearms Act, laws of the Federation of Nigeria 2004 and Sections 337 and 286 of the Penal code.

The court held that on April 25, 2015, the convicts committed the said offences at Agbarere area, in Ilorin.
“Each of the convicts was sentenced to death to be executed pursuant to Robbery and Firearms Act on count 1, 2, 3 and 4 for the offences of criminal conspiracy to commit armed robbery and armed robbery respectively. 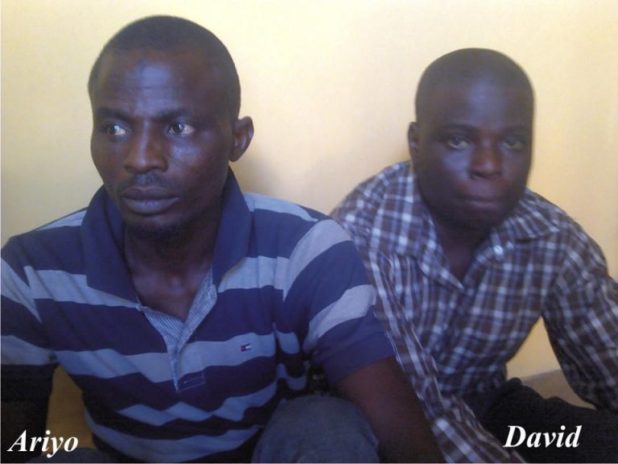 “Each of the convicts was sentenced to imprisonment for a term of 2 years and the sum of N25,000 is imposed as fine on each of them on count 5 for causing mischief by fire.
Making appearance for the prosecution were the state Director of Public Prosecution, Barr. Abdulmumini Adebimpe Jimoh, senior state counsels, Kayode Adekeye and B. O Banigbe.
Barr. Toyin, Muhammed Onanolapo, appeared for the first accused person while Barr. Ayodeji Azeez represented the second accused in the matter.
According to the proof of evidence, Ariyo and his gang invaded the home of no fewer than eight families in Ilorin metropolis to carry out robbery attacks.
Among the victims of his attack is one Abdulateef Baanu of Agbarere area of Ilorin, who testified before the court that the accused persons set his house ablaze after removing some items.
“My building is four bedroom flat which I used N5 million to build; other buildings within the community were burnt too. This group of these miscreantswase armed with guns, cutlasses and other dangerous weapons,” the proof of evidence revealed.
Also, Abdulraheem Shuaib informed the court that Ariyo and his cohorts invaded his apartment and threatened to set his house on fire but he pleaded with him.

He further stated that the accused persons removed all the valuable items in his house.
On his part, Lukamn Issa stated that on April 25, 2015, the accused persons forcefully broke down his main door, armed with guns and cutlasses.
“They packed all the electronic gadgets and the food stuffs in the house. Despite our plea not to kill any of us, they insisted they wanted to set the house ablaze, insisting that we should leave. They eventually burnt the house before they left.”
Other testifiers in the case were Ademola Omolewu, Insp. Monday Ogidiagba, CPL Adebayo Thomas, PC Anzaku Ruse and an exhibit keeper.