Pastor, another in trouble for allegedly swindling 23 church members 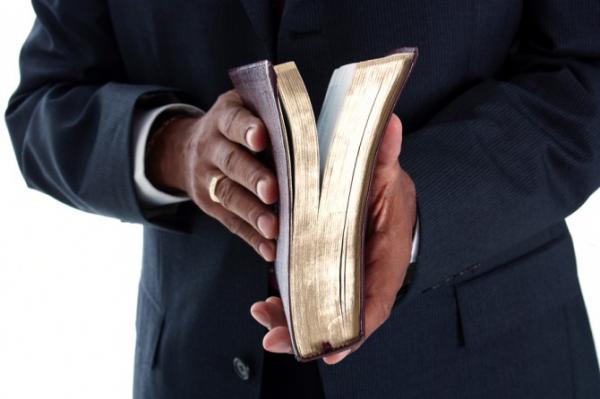 The founder of Jesus is the Solution Chapel International, in Tema, in the Greater Accra Region, and the Administrator of the church is being probed by the Criminal Investigation Department(CID), for allegedly swindling 23 members of the church of GH¢268,000.

Bishop John Yao Tsetse, the founder of the church, and Angla Aseye Ama Tsetse, the Administrator, and marriage counselor of the church, were alleged to have collected the money from their victims (complainants) between July and September, 2018, under the pretext of giving them gold.

When contacted, yesterday in Accra, the Head of Public Relations of the CID, Deputy Superintendent of Police (DSP) Juliana Obeng, who confirmed the story, did not give details, but said the case was under investigations.

The Ghanaian Times gathered that the suspects took a total amount of GH¢268,000 from their victims during counseling sessions.

The suspects later gave them a small stone each concealed in coconut with the assurance that it would turn into a lump of gold after keeping (storing) it in the ground for a couple of weeks, which never happened.

On January 21, this year, complainants jointly petitioned the Director-General of the CID, and the suspects were arrested.

Bishop Tsetse, however, denied knowledge of the allegations leveled against him by complainants.

The suspect admitted that some church members donated to the church during counseling session.

DSP Obeng said some church members contributed to the church through mobile money on a particular mobile phone number, which was registered in the name of Tsetse.

Ama Tsetse told the police that even though the mobile number was registered in her name, it was donated to the church, any person who wanted to donate to the church could use it.

Bishop Yao Tsetse, and Ama Tsetse, have since been granted police enquiry bail.

In a related development, there was drama at the Zoe Outreach Embassy at East Legon, Accra, when aggrieved members stormed the premises of the church on Sunday to demand what they said was their ‘locked up’ investment.

According to them, they were convinced by the founder and leader of the church, Pastor Kelvin Kwesi Kobiri, to invest with EL Real Estates and Tikowrie Capital, but they could not withdraw their dividends or principal since November last year.

The aggrieved members, who disrupted church service briefly, claimed the leader of the church, owns the two entities.

Some of the members, who spoke to journalists, claimed it has become extremely difficult to speak to Pastor Kobiri.

According to a member, who claimed to have invested more than GH¢500,000 with EL Real Estates, Pastor Kobiri introduced them to the business during church services.