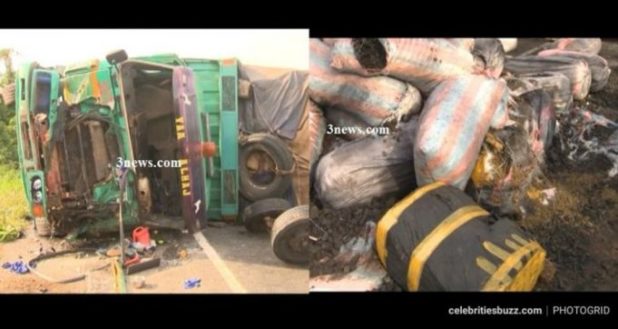 The accident happened at about 5:00am on the Accra-Kumasi highway after the driver was said to have ignored a signal by some security personnel to stop at a checkpoint around Linda Dor Rest Stop. 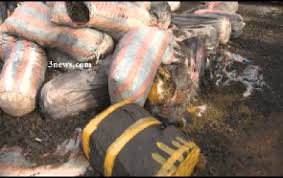 The other truck involved in the accident
Witnesses say while the driver was fleeing from the security personnel, he lost control of the truck as he negotiated a curve close to Anyinam in the Eastern Region, causing the truck to crash into another truck registered AS 992-S. 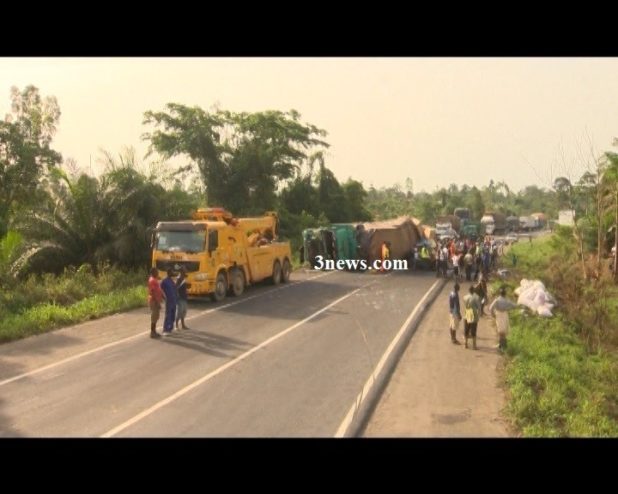 The truck carrying the marijuana and charcoal was mangled beyond repairs with some of its parts, including the front axle coming off onto the road. The other truck fell on its side blocking the road. 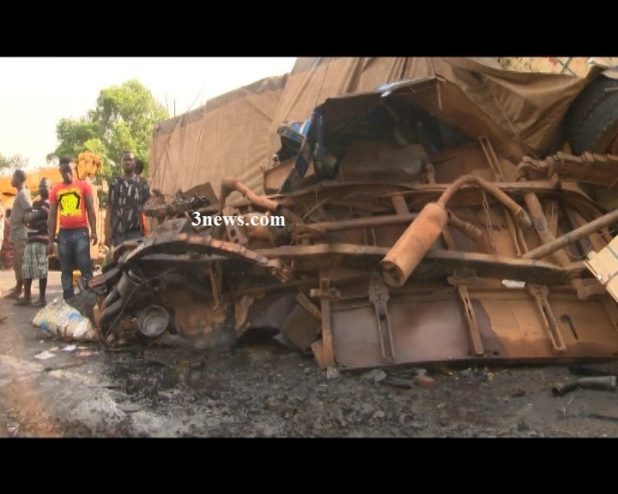 Parts of the mini truck carrying the illegal drug ripped apart
This resulted in a gridlock at the accident scene for almost an hour as no vehicle crossed from either side of the busy highway.
Police personnel arrived at the scene later to remove the bodies of the driver and his mate and also to tow both trucks from the scene to allow traffic to flow.

A search conducted on the vehicle, which many thought was transporting charcoal, revealed bags of marijuana, popularly known as week, had been concealed under the charcoal.