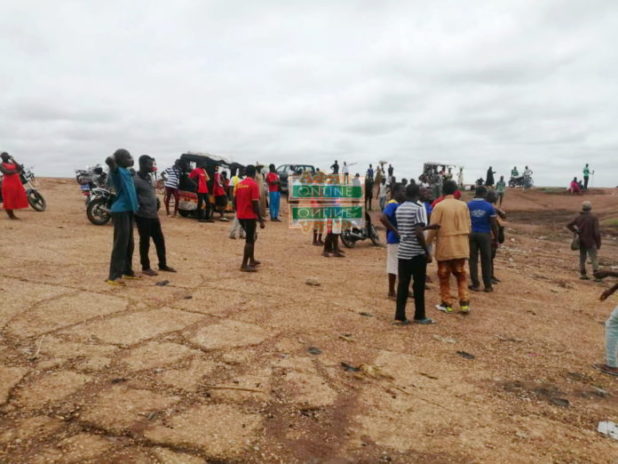 A 28-year-old man, yet to be identified, has reportedly drowned in the Volta Lake at Yeji in the Brong Ahafo region.

Checks by Adom News’ Regional Correspondent, Daniel Takyi indicated that the man was a passenger traveling from Yeji to Kumasi and met his untimely death while waiting for a bus to board. 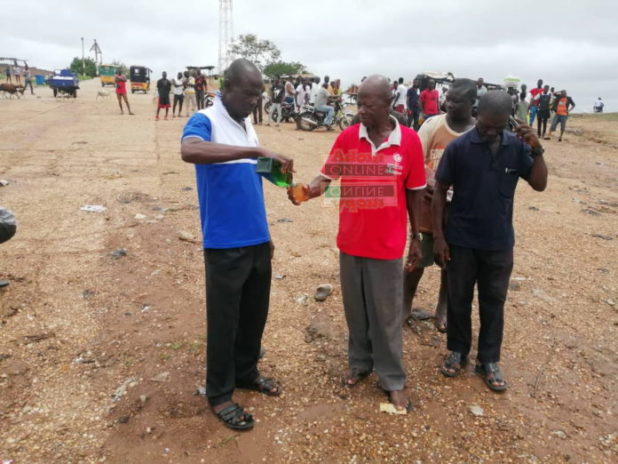 The man was believed to be traveling from Yeji to Kumasi
In an interview with Adom News, a driver at the Bus Terminal where he was waiting to board the bus, said “he arrived at the station this morning and bought a Kumasi bus ticket and when we requested for the money, he told us he will be back with it so we thought he was going to withdraw from his mobile money account only for us to hear he had drowned few minutes he left here,” he narrated.

Libation was poured for the body to be retrieved
An elder of the town, Okyeame Obeng disclosed that a similar incident occurred at the scene on Thursday.

The body has since not been found.

yeji drown
The man was believed to be traveling from Yeji to Kumasi
“We are here today to pour libation in order for the body to be retrieved because someone also drowned yesterday but they removed the body without any libation which may not be a good omen for the town,” Mr Obeng noted.