A driver of a military truck has been confirmed dead after the brakes of the vehicle failed on Saturday resulting in a crash on the Aburi road.
According to Starrfmonline, the truck with service registration number 73 GA 43 was carting planks of wood while descending the Aburi Mountains to Ayi Mensah, the police said.
When it got to the Peduase Lodge stretch it lost its brakes leading to the death of 55-year-old Osae. Thomas Oware, 42, who was also in the truck, sustained injuries and currently receiving treatment at the 37 Military Hospital.

Eyewitnesses said the military truck somersaulted several times landing on its roof during the incident, leaving the driver and the passenger trapped.

A joint police and military team including personnel of the Ghana National Fire Service was at the scene to rescue the passenger.
The body of the deceased has been taken to the 37 Military Hospital in Accra for autopsy.
Photos below: 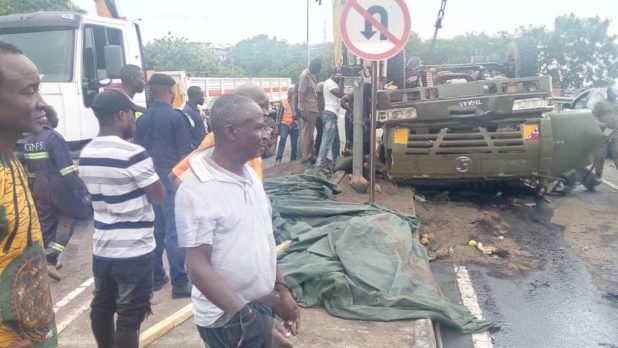 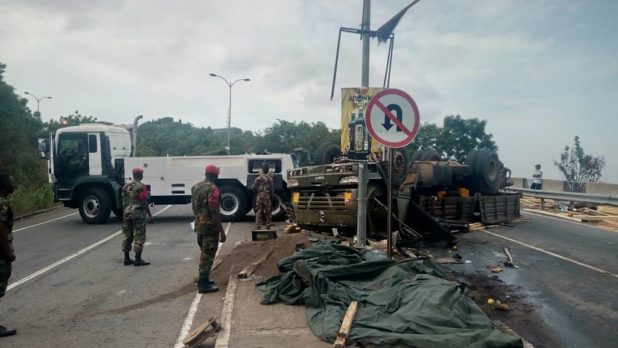