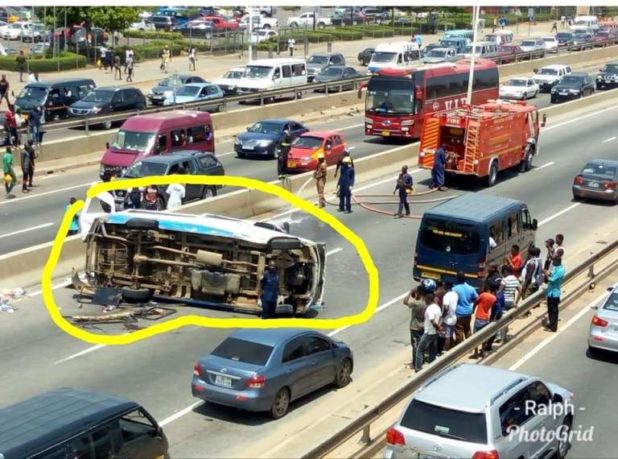 Scene of the accident:

Two people died on the spot and several others sustained injuries in an accident involving a Sprinter Bus infront of St John’s Grammar School in Accra along the Achimota highway, MyNewsGh.com has confirmed 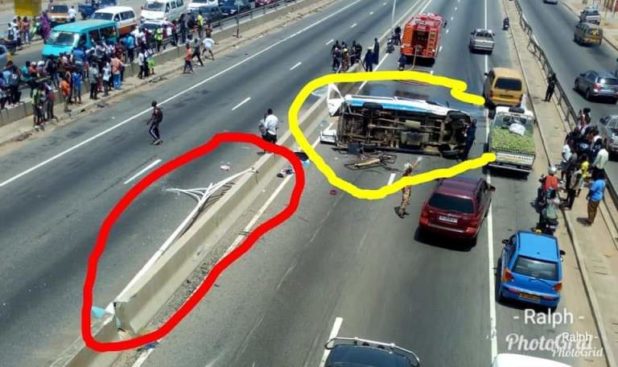 The accident occurred at around 11:50am today Sunday April 28, 2019 when the Sprinter Bus swerved off the road after a tyre puncture. 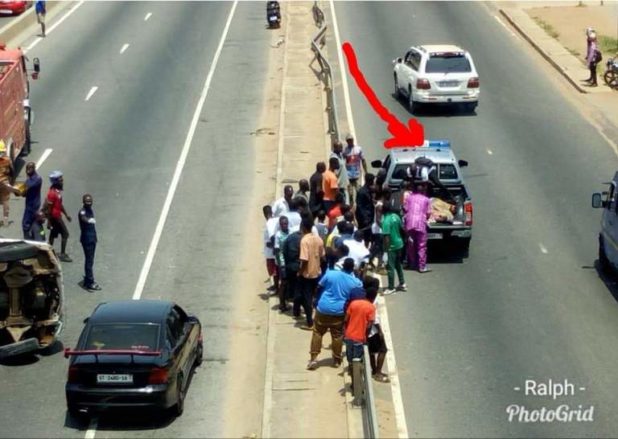 After losing control, the bus hit the street light and crashed into a concrete barrier before it somersaulted several times. 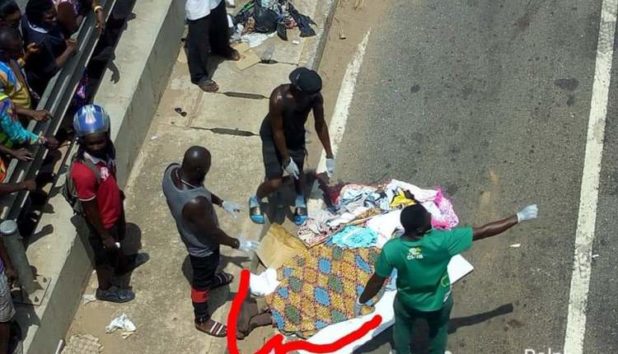 The bodies of the deceased persons all males who are yet to be identified have been taken to the police hospital for preservation.

The  injured have been taken to the Achimota and 37 military hospital respectively.
See Pictures below courtesy Ralph Apetorgbor