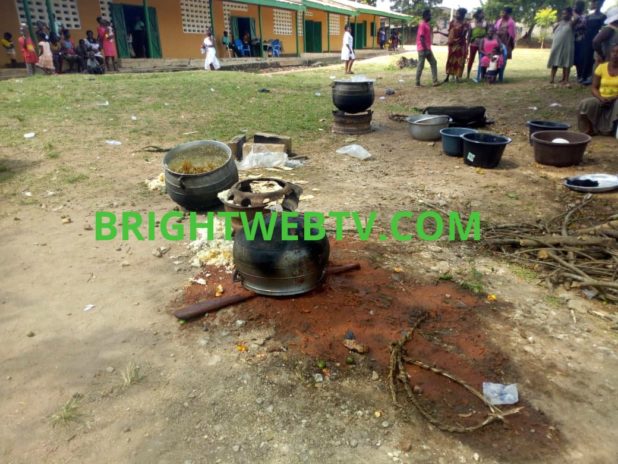 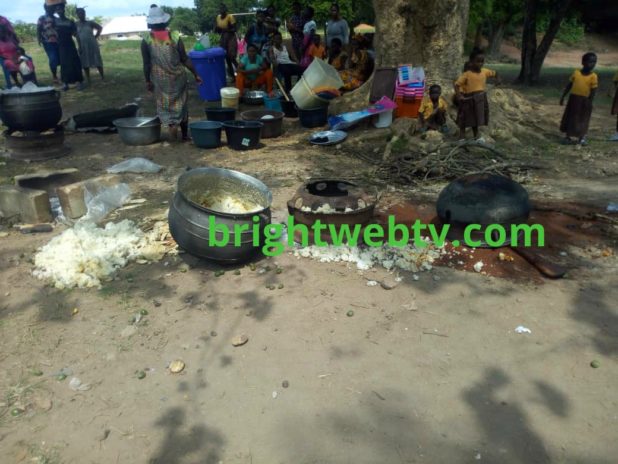 According to an eyewitness Kaakyire Kwasi Afari who confirmed the news to brightwebtv.com said the incident which occurred on Thursday, 14 November 2019 led to the destruction of food prepared for school children.

The chairman who is also an elder of the Pentecost Church at Denase allegedly not in support of the school feeding contract awarded to one Mr Ofori therefore, decided to turndown the contract since it was not through his endorsement that the contract was given to him.
The school population of over 423 pupils who were ready to enjoy the prepared food were left with no other option than to go to their homes with empty stomach due to the situation.

Since NPP government came to power some supporters and individuals of the party have taken the law into their own hands trying to destroy the purpose of the programme due to their own peculiar interest.