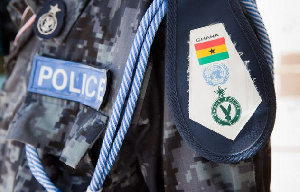 The Ghana Police Service has cautioned the general public to be wary of new techniques adopted by some unscrupulous persons in gaining access to parked vehicles.

Deputy Superintendent of Police, Efia Tenge in a statement copied to brightwebtv.com noted with concerns that, the use of sophisticated electronic devices to unlock parked vehicles is the new trend among criminals.

“…the syndicate uses sophisticated electronic devices to interfere with the locking system of unsuspecting targets as they park their vehicles, gain entry and steal monies and other valuables,” part of the statement read.

She, however, stated that three persons have so far been arrested for engaging in the act and has hinted that such operations are mostly undertaken in parking lots, recreational centres amongst others.

The police also advised Ghanaians to “be on the lookout for people loitering around car parks and alert the security on the ground. Crosscheck doors to ensure they’re properly locked before leaving car parks, avoid exposing and leaving valuables in vehicles…”.

Below is a copy of the full statement; 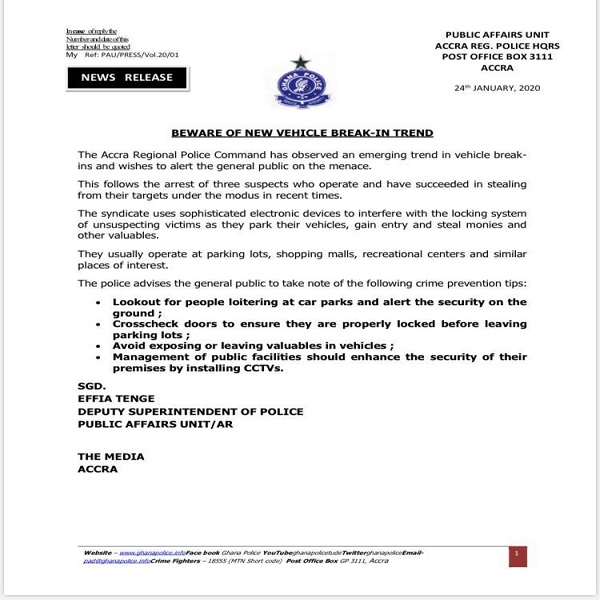