Many fishes have been confirmed dead in the sacred Tano river at Tanoso near Techiman in the Bono East region.

The death of the fishes and other aquatic species follows the contamination of the river by an acidic substance.

An articulator truck loaded with car batteries from Accra to Tamale got involved in an accident on the Tanoso Bridge on Monday 13-01-2020.

The articulator truck tumbled and fell into the river with all its contents leading to the contamination of the river.

The acid in the battery diluted the water leading to the death of several aquatic animals including fishes and crocodiles.

Personnel of NADMO and Ghana National Fire Service at the time of filing this report were busily at the scene trying to remove the truck and its contents from the river.

Meanwhile, the Municipal Chief Executive for Techiman, John Kofi Donyinah has cautioned communities along the Tano River not to drink water from the river.

The Tano River serves as a source of water for residents in Sunyani, Abesim, Techiman, Tanoso, Chiraa, Duayaw Nkwanta and Bechem.

The river and its allied flora, aquatic and fauna diversities have over the years been preserved because of the tradition that it is home to the Taakora deity. 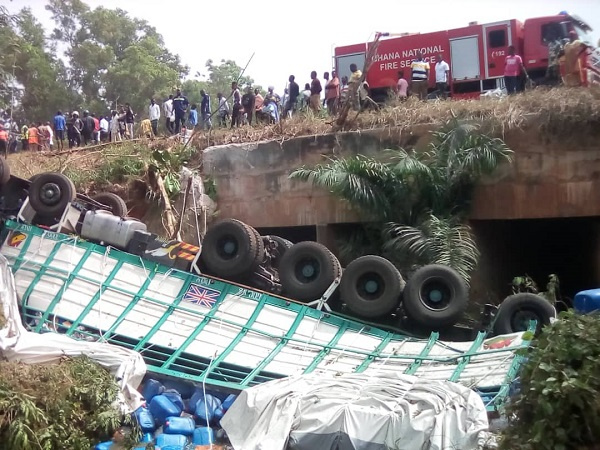 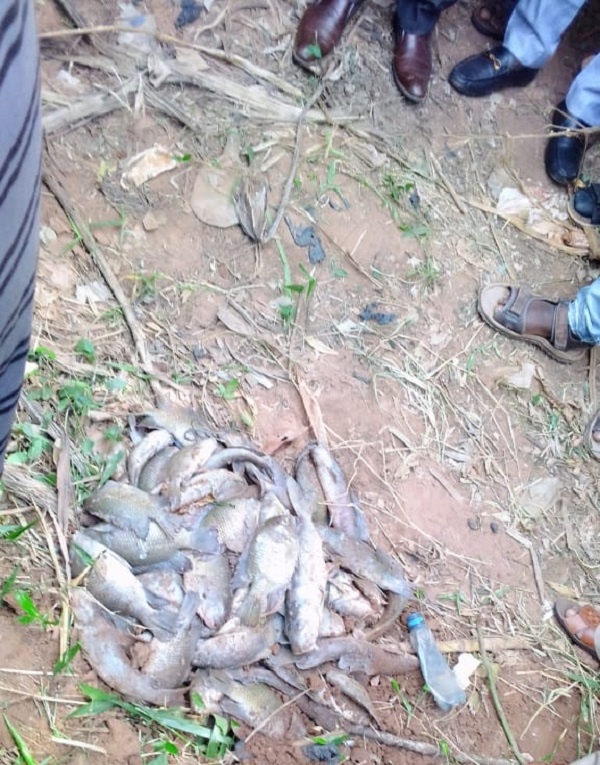 By;brightwebtv/nana asare barimah The incident occurred at about 5am on Friday A suspect in …