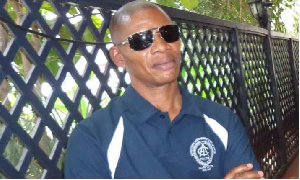 ACP Benjamin Agordzo has been indicted in the alleged coup plot

Information reaching MyNewsGh.com from government sources indicates that the office of the Attorney General is planning to file an appeal against the bail granted Assistant Commissioner of Police (ACP) Benjamin Agordzo.

ACP Agordzor is one of the suspects standing trial for allegedly plotting to destabilize the country and is still being held in police custody although he has been granted bail by a court in Accra on Tuesday.

A source told this portal that the state intends to file an appeal against the bail.

ACP Agordzo who was granted a self recognizance bail to the tune of GHS500,000 after he met all the requirements and was required to deposit his passport at the court’s registry as prescribed by the court which he fully complied.

The police however refused to take him to the court to sign off for his bail.

This new information came to light after Cephas Agordzo, brother of ACP Agordzor revealed that they have been denied access to relative after his bail, describing the development as ‘persecution’ of his brother.

“The court set conditions that he has been given self-recognizance bail and that he should deposit his passport at the High Court registry which we did yesterday [Tuesday], and when we came back to the police custody, they called again from the court that the police should bring him back to court to come and sign his bail, but the police refused to do that from yesterday [Tuesday],” he said.

It appears government or the state intends to keep him locked up but using the same court system. Attempts get official comments from Attorney General’s officers yielded nothing.

This will not be the first time the state has refused to obey a lawful court bail order. In the trial of Afoko, the state refused to respect an Accra High Court order by Justice George Buadi in March 2019 who granted Afoko bail in the sum of GH¢500,000.00 with two sureties, one to be justified after his lawyers had argued for it.

Relations of the suspect were said to have met all the bail conditions set by the court but he was never released prompting them to cite the Inspector General of Police, David Asante Apeatu, the CID Boss COP Maame Yaa Tiwaa Addo Danquah and one Chief Inspector Nkrumah for contempt for violating the court’s directive to release the suspect on bail.

Shockingly however, the suspect who was on admission at the Police Hospital after vomiting blood last week, was on Monday July 24, 2019 taken to the Accra Lands Court 12 presided over by Merley Wood who quashed his earlier bail.

According his lawyers, the decision by the judge is shocking when the bail was granted by her colleague in March this year to Gregory Afoko with an appeal against same still pending.

The case went all the way to the Supreme Court.