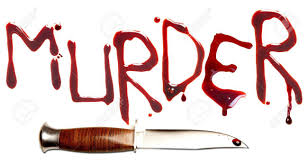 The Mile 7 District Police Command in Accra have arrested two lovers for allegedly killing a man at Alhaji, near Tabora in Accra.

Derrick Nana Donkor, 28, and Akosua Osei Keshia, 30, allegedly shot and killed Kwame Agyapong, 30, believed to be the ex-boyfriend of Keshia.

According to the police, Kwame Adjapong died on the spot in the house of Keshia.

She said that the two accused persons reported themselves to the police after allegedly killing Agyapong.

The police officer said police investigation indicated that Kwame Adjapong often assaulted Keshia each time he spotted her with another man.

“On Sunday, July 7, 2019, Akosua Keshia was with Derrick Donkor around Mile 7 Park and when the deceased spotted them, he trailed them to the house of Akosua at Alhaji.

“In Akosua’s house, a misunderstanding ensued between Derrick Donkor and Kwame Adjapong and in the process, Derrick, who was then armed with a pistol, pulled the weapon and shot several times into the air. One of the bullet allegedly hit Adjapong which led to his death. The weapon has since been recovered by the police,” she narrated.

“The two are currently in our custody assisting us in our investigations but the body of the deceased person has been deposited at the Police Hospital morgue for preservation and autopsy,” she added.