Woman Caught With Stolen Baby Hidden In her Handbag (Video) 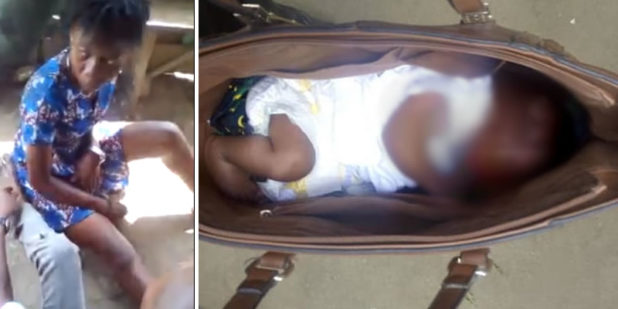 A woman was rescued from being lynched by an angry mob after she was nabbed for stealing a new born baby in Rivers state.
It was gathered that the woman was caught red handed after hiding the one day old baby inside her handbag and almost fled the area before she was apprehended behind steel village in Port-Harcourt, the state capital. 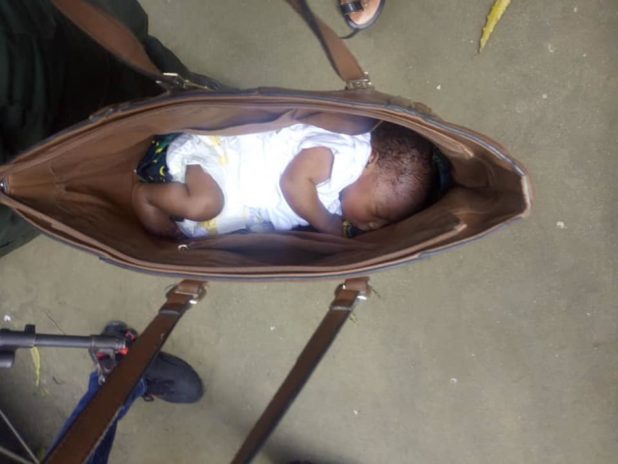 The woman was almost mobbed by the angry crowd which converged at the scene after an alarm was raised.
The suspected child thief was intercepted by Federal highway police officers who rescued her from the crowd and whisked her away to the station for further investigation.
Watch the video below.

The current condition of the baby is yet to be ascertained as at the time of filing this report.

See photos from the scene below.

By:brightwebtv.com/nana asare barimah A father has stabbed a nurse at the Sapele Central Hospital in Delta …