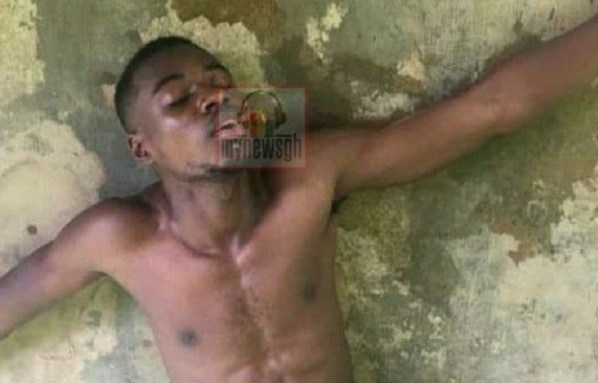 Kofi Bless in his late 20s is reported to have drunk a liquid poisonous substance with the aim of killing himself over the embarrassment because he could pass in his project work.

It is gathered that whereas his colleagues in the same course sailed through and are awaiting graduation but Kofi trailed with a 38% mark.

Sources revealed that he was found unconscious with the bottles which contained the consumed substance lying beside him while foaming in the mouth.

He was immediately rushed to the UDS Wa Campus Hospital where is currently on admission receiving treatment while investigations by school authorities is currently ongoing to establish what triggered the attempted suicide.