JUST IN: Over 2billion paid to ‘ghost schools’ under School Feeding 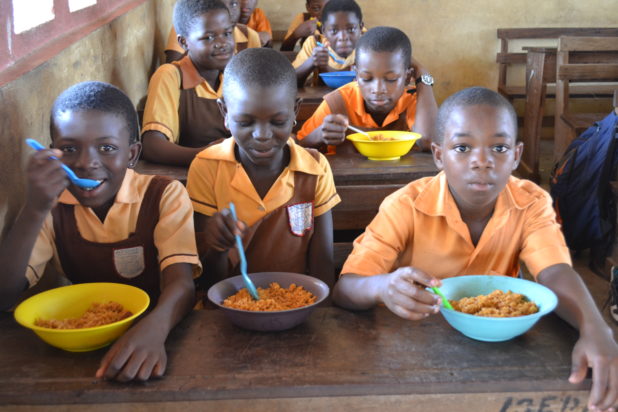 “Fabewoso’, the anti-corruption segment on Adom FM’s morning show, Dwaso Nsem has once again uncovered massive rot in the Ghana School Feeding Programme in the Sekyere East district of the Ashanti region.

According to investigations, over two billion cedis were paid to fictitious caterers in seven ‘ghost’ schools in the district.

What has made the issue murkier is the alleged involvement of the District Chief Executive (DCE) for Sekyere East, Mary Boatemaa Marfo.

She has been accused of malfeasance by awarding contracts to fictitious caterers, bloating enrollment figures and creating non-existing schools in the payment file.

One of the caterers of one of the ‘ghost’ schools, Lucy Donkor said to be a Women’s Organiser of the ruling New Patriotic Party was arrested for cashing wrong payment after an audit by the Internal Auditor of the Ministry of Education.

He said their investigation confirmed the report that schools had been duplicated, enrollment figures inflated and some caterers who did not cook paid.

Mr Berfi laid the blame at the doorstep of the DCE, who also acted as School Feeding Coordinator.

When reached for comments, Madam Marfo accepted blame and said she was working to refund monies wrongfully paid.

2020 licensure exams to be held this day

Over 500 BECE Candidates stranded in Saboba due t

Reopening of schools: Stakeholders were not consulted by government – Clement Apaak alleges