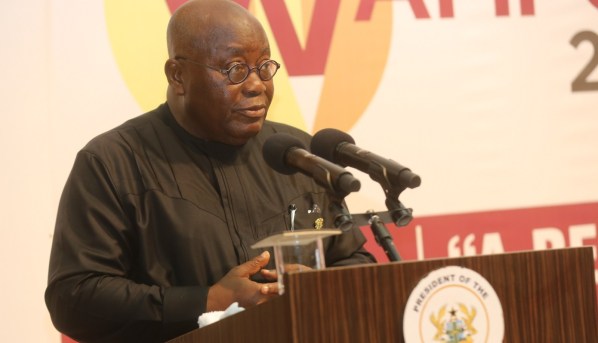 A Senior lecturer at the University for Development Studies (UDS), Dr. Michael Ayamga Adongo has taken on President Nana Addo Dankwa Akufo-Addo over his latest decision to name the Navrongo campus of the UDS after C. K. Tedam, the late Chairman of the Council of Elders of the governing New Patriotic Party (NPP).

The Development Economist advises the President against what he termed as honour grabbing adding with the renaming of national assets after deserving citizens without broader consultation.

President Akufo-Addo at the weekend, announced that the Navrongo Campus of the University for Development Studies would soon be named after C. K. Tedam.

He revealed at the burial service last Saturday that a bill would be laid and soon passed by the current parliament to create an autonomous university out of the Navrongo campus of the University for Development Studies which would be named after C. K. Tedam.

“Once the processes are completed, it would be referred to as the C. K. Tedam University of Technology and Applied Sciences in honour and memory of this great Ghanaian” he said.

But in reaction to this, Dr. Michael Ayamga Adongo said “Stop the honour grabbing. It is good to name national assets after deserving citizens but such actions must be informed by wide consultations and broader consensus. The partisan and veiled ethnocentric approach we are witnessing in Ghana today will eventually bring dishonour to those we sought to honour especially when such actions are reversed. I am more alarmed by the grabbing of university names as if we were sharing sacrificial meat to clans in a frafra funeral. Universities are international entities and they must be named after people with big footprints on the global stage. Naming a University after a local fisherman is like putting a veil on the University. Name a University after Kofi Annan and you open doors to the University. More disturbing is the geographical choice of institutions. National heroes can be honoured with monuments anywhere in the country. The decision to use institutions in the home regions of the so-called heroes speaks volumes of the orientation of the current dispensation. Some of my former students just became lawyers so in congratulating them, I say “I rest my case”.