Some students of the University of Education Winneba are protesting the recent sackings of some senior staff of the school by the Vice Chancellor. 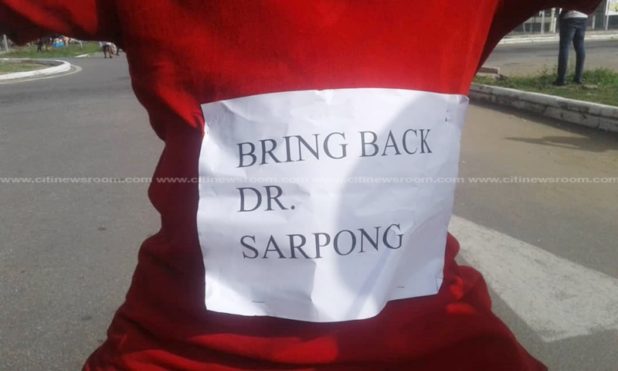 The focus of the protest was around Dr. Emmanuel Osei Sarpong, whose appointment was terminated by the Vice-Chancellor of the university, Prof. Afful Broni.

Some students feel the sackings are an act of sabotage adding that they will demonstrate until their demands are met.
“No Dr. Sarpong, no UEW,” a student yelled to Citi News during the Tuesday morning protest.
“The management should bring him back that is all. Who is going to teach us nutrition? We need Dr. Sarpong right now,” another student added.
Some students said they were boycotting lectures until he is reinstated.
“Level 400s are graduating in July. If the council knew he had done this and he was going to be sacked, why did they give him students to handle and now these students are supposed to graduate in July.” 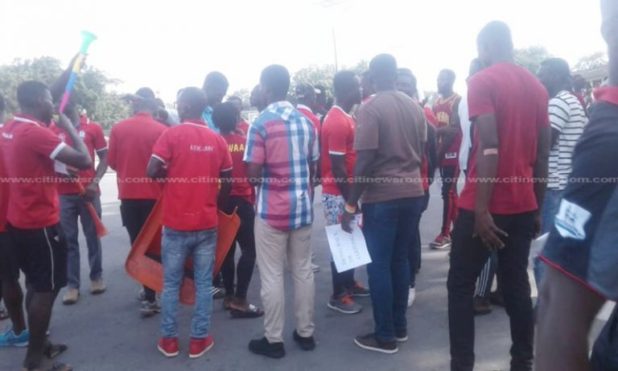 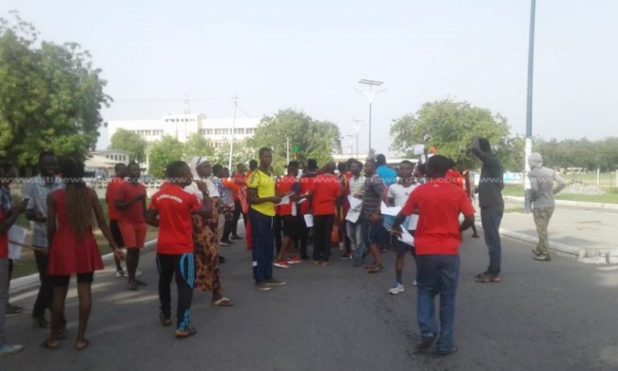 Dr. Sarpong’s sacking
According to the Disciplinary Board findings in the letter terminating his appointment, Dr. Sarpong admitted walking out of a meeting with the chairman of the UEW governing council which “the Board considered as insubordination and thus misconduct.”
He is also said to have “cunningly orchestrated the posting of” letters inviting him “to appear before the Disciplinary Board to be circulated on social media, particularly on UEW Alumni WhatsApp page just to cause disaffection for the UEW Management.”
The disciplinary board said these actions, among others “amounted to grave misconduct.”
Dr Duku claims innocence
Dr. Frimpong Kakyire Duku, the President of the UEW branch of the University Teachers Association of Ghana (UTAG) who was also dismissed maintained that he did no wrong to warrant his dismissal from the university.
Dr. Duku was dismissed by the university together with Professor Ephraim Avea Nsoh, the Principal of the College of Languages Education.
He maintained in a Citi News interview that he did not breach any internal regulations as stated in his letter of dismissal.

The letter outlining his dismissal said, “the Disciplinary Board set up at the instance of the Vice-Chancellor to further investigate your conduct in respect of court action you initiated together with six other staff who were asked to step aside.”

By:brightwebtv.com/nana asare barimah Presentation to the University of Ghana Medical Centre The Vice-Chancellor of the …