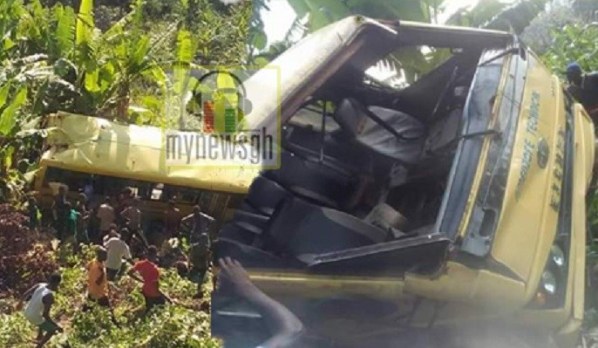 Scores of students of the Amedzofe Technical School have been left with varying degrees of injuries after the school bus they were traveling on fell into a deep valley on Tuesday while returning from a sporting activity in Ho, the Regional Capital.

MyNewsGh.com gathered that the vehicle with lost control while climbing a mountainous road and reversed with speed landing in the valley.

The driver is said to be in critical condition at the Ho Municipal hospital where some of the injured students were also treated and discharged.

The students were said to be returning from an ongoing inter schools sports festival in Ho but on reaching the mountainous Amedzofe Road, the driver is said to have failed brakes and in the process lost control and plunged the vehicle into a deep valley.