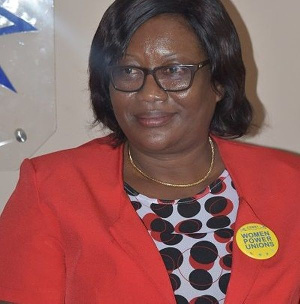 Three teacher unions in the country are currently on strike over delay in payment of legacy arrears due them.

Speaking to this in an interview with Kwami Sefa Kayi on Peace FM’s morning show ‘Kokrokoo’, National President, Ghana National Association of Teachers, Ms. Philippa Larsen said: “we don’t trust anything they say again . . . we are really disappointed and so we had to advise ourselves.”

According to her, “we are not resuming work if we are not paid. It is not time for negotiations or discussions . . . in the next meeting we expect to see documents or proofs saying that we have paid this number and so on. Anything short of that we will not go back to work.”

However, the Ghana Education Service in response described the strike as unfortunate because more than half of the beneficiaries have been paid.

The Director-General of the GES, Prof. Kwasi Opoku-Amankwah who was speaking on the same platform said, the GES would publish the list of its staff who benefited from the legacy arrears.