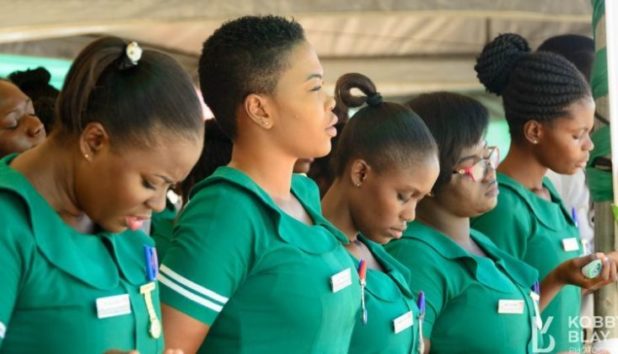 Government will from Monday, July 1 begin recruitment of nurses who graduated from public and private health training institutions in the country between 2012 and 2016.

Qualified trainees seeking employment are to apply online to select the preferred agency under the Ministry of Health they wish to be posted to.

A statement issued by the Ministry of Health Tuesday said prospective applicants have up to Friday, July 12 to submit their application for the recruitment exercise.

It, however, did not say the number of trained nurses the government intends to employ from the hundreds of qualified nurses some of who have been staying at home for seven years now.

The decision comes on the back of persistent demand from the Coalition of Unemployed Private Nurses (COUPN) for government to give them employment.

They had accused the government of discrimination against their members in the recruitment of nurses into public health facilities across the country.

After several discussions with government failed to yield any positive results, the group in March this year issued a 10-day ultimatum to government recruit trained private nurses or face protest.

“There is no plan to recruit privately-trained nurses into the mainstream health sector by the government, as it is being done for state-funded nursing training institutions,” a spokesperson for the group, Doreen Boateng told a news conference on March 18.

Read the full statement below 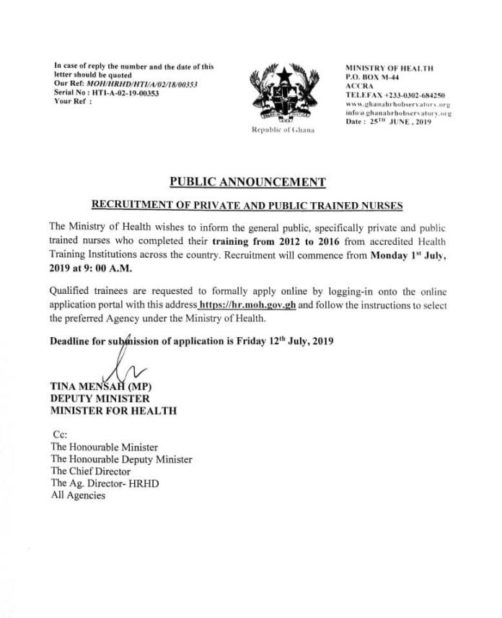