After 3 Attempts, Man Finally Commits Suicide Over Dad’s Refusal To Buy Him A Car (PHOTOS) 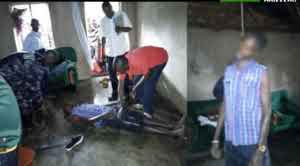 A man identified as Kawa, has committed suicide by hanging himself at Kagando in Kisinga, Uganda.
According to reports, his dad, Mugenyi, had refused to buy him a car. He had tried killing himself by taking rat poison on three different occasions before eventually hanging himself, last night.

Ikechukwu Ebubeogu instead of killing urself….why not use urself to do money ritual and give the money to the less privileged.

My dad that always collect any money visitors give me then…..up till now he haven’t return it. am sure the money will be plenty enough to get myself a new car 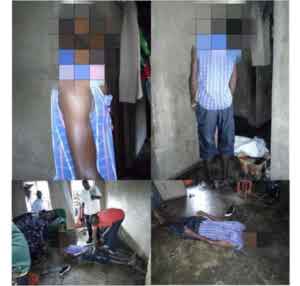 Patience La Belle Fri Probably he is insane. Y will he think his dad is suppose to buy him a car by force. Who has lost the life now? When Buhari will say youth are lazy… wona go come Di lay curses foram abi?

Okoye Stella Ebere After 3 attempts and the family did not bother helping him out as in taking him to rehabilitation center knowing fully well he wasn’t alright, they are the ones that killed him

Musah Hassan Burnaboy I don’t know why he needed that car or whatsoever but only a lazy youth go demand for car and kii themselves if not provided,bought my car at 24 with my sweat ,he even died wearing an very nice wristwatch that someone somewhere is dying to get,foolish decisions like this makes me wonder or is it mental illness?

Did You Know Kenyan communities bury chiefs and elders in a sitting position? (Photo)

While in many communities, the dead are buried lying down and usually with their arms bent and hands folded across the chest, a number of Luhya sub-tribes in western Kenya opt to bury their dead in a sitting position.

The custom of burying people seated is believed to have originated from the precolonial King of the Wanga community, Nabongo Mumia.

The Wanga kings are wrapped in animal skin; and a stool, the symbol of power, placed on their head.

The Wanga are not the only ones with such a tradition. The Bukusu, Idakho, Tachoni and Kabras also conduct the burial of their elders this way.

Not only do they believe that burying the dead the ‘proper’ way will ward off evil spirits but also show respect to the elders as they go to the other world. It is also a way of connecting the community with the king, who they believe is watching over his family even in death.

Even in modern days, the tradition is still observed but with various modifications. When King Nabongo Japheth Wambani Rapando died in 2012, his coffin was constructed to look like a reclining chair.  It was designed and built before the king passed on.

The first Wanga king, Nabongo Shiundu was buried in one of his wives’ house. Wamanya was the mother of King Mumia. His bones were later removed and buried at Matungu, the traditional site for the Nabongos.

Before the burial, the next king must be selected. Unlike in “Wakanda”, where mortal combat was the way to determine the ruler, in the Wanga community, the elders anoint a successor from the late king’s sons. The chosen son will then spear an animal, which must fall next to the king’s body to indicate the king’s approval of the elders’ choice. Anything less, the process has to be repeated.

The skin from the bull is usually wrapped around the dead king.

The climax of the funeral ceremony is the coronation of the next king. The elders give him the omukasa (copper bracelet symbolising the Nabongoship) and dress him in a colobus monkey skin.