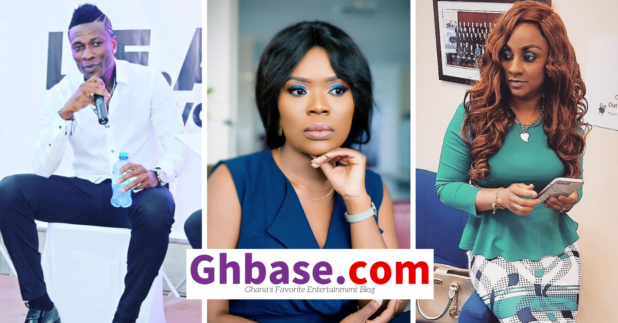 TV Presenter Deloris Frimpong Manso has taken to social media to celebrate after her friend Gifty Gyan was exonerated of cheating on her husband, Asamoah Gyan.

As we reported, the DNA test ordered by Asamoah Gyan to prove that he’s not the father of his three kids and that his wife has been cheating on him instead came back with the opposite results he had intended – he was rather found out to indeed be the father of all his three kids.

The results have not shocked anyone but rather show what we’ve thought all along, that Asamoah Gyan is merely trying to find any way he can to ‘dawg’ his wife and run into the arms of his gorgeous mistress.

However, science, unfortunately, doesn’t lie and the DNA test has proven without a doubt that Gyan is the father of his three kids.

The way this whole saga has gone down is shameful beyond measure, for Gyan and his brother to treat his companion of close to two decades this way, alleging that she’s been sleeping around and had kids which were not her husband’s just for their own selfish reasons.

Unsurprisingly, the result has left Gifty Gyan and her friends in ecstasy as she’s been proven right and Asamoah Gyan proven wrong.

One of those currently too happy is Delay, who took to Instagram to react to the news.