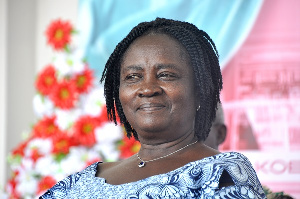 A Senior Lecturer at the History and Political Science Department, Kwame Nkrumah University of Science and Technology (KNUST), Dr. Kwasi Amakye-Boateng has said that the National Democratic Congress’ decision to choose a woman as a running mate is a “highly strategic decision” that can change the narrative of Ghanaian leadership.

In an interview with Kwame Afrifa Mensah on the ‘Epa Hoa Daben’ Show, he explained that if Professor Naana Jane Opoku Agyemang, who has been appointed as the running mate of John Mahama, is able to work diligently and mobilize other women to do same, the conservative mindset of not electing women as presidents can be changed.

“Maybe a female president may become a contentious issue. Ghana, I believe might not give the presidency to a woman. Some people are quite conservative here. But then if someone is able to do the work well in spite of the high office with respect and humility and mobilize women, I won’t be surprised that she will pave the way for women to play roles that will change people’s mindsets about electing women for the presidency”.

According to him, the decision by the NDC to appoint a woman as a running mate is commendable because “a lot of people take the feminine gender for granted” and such with her profile and gender, she can effect change.

Information reaching Happyghana.com indicates that Former President John Mahama has settled on the former Minister of Education Prof. Naana Jane Opoku Agyemang as his running mate for the 2020 general elections.

Prof Opoku-Agyemang appears to be in a pole position among all with her gender, record as the first female Vice-Chancellor of a university; the University of Cape Coast (UCC) and a trained journalist.

by;brightwebtv/nana asare barimah Ghana has recorded 498 new cases of the novel Coronavirus to  send the …