A bomb exploded on 6th March 1964 at Kulungugu in the Northern region which resulted in Elizabeth Asantewaa sustaining several injuries whiles she was presenting a bouquet of flowers to Ghana’s first President, Dr Kwame Nkrumah at an independence day celebration. 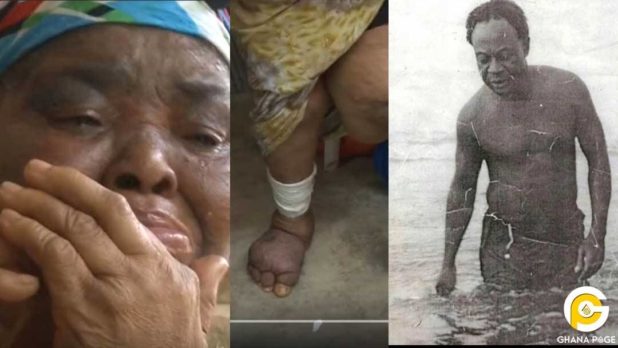 Elizabeth Asantewaa who was just 13 years as at that time had her leg amputated to prevent the spread of the impact of the bomb explosion so she could survive. 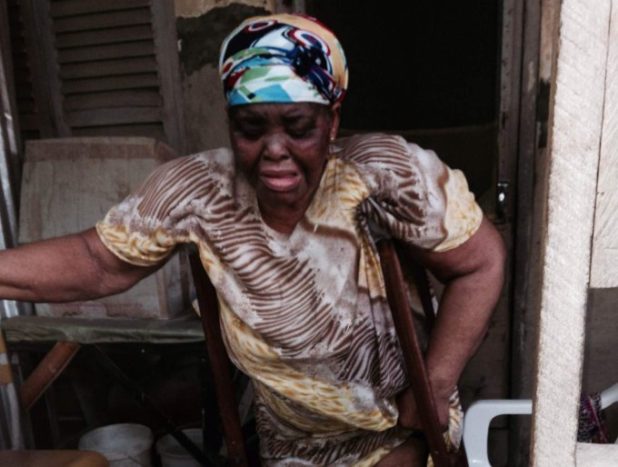 Elizabeth Asantewaa
The bomb attempt was targeted at Ghana’s first President but unfortunately blew up Elizabeth Asantewaa who lost her leg in the process and has been neglected to her fate.
“What I just saw was a boom, it lifted me up and brought me back onto the ground. It was a big blast. All I saw was my leg burning”, Elizabeth narrating her ordeal 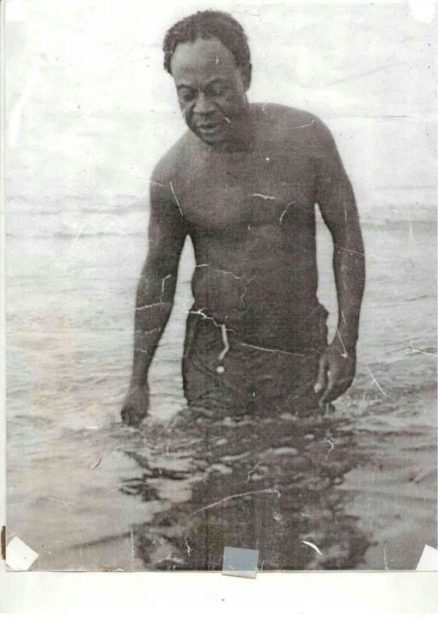 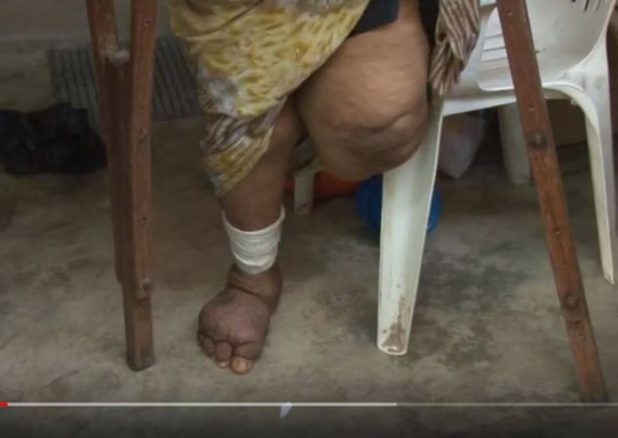 According to Elizabeth, Dr Kwame Nkrumah visited her while she was hospitalised after the incident and promised to take care of her but could not deliver on his promise after he was overthrown in 1966.
“I was at the hospital and in real pain when I was told that the President was there to visit me. I couldn’t believe it, but it was true; I saw him by my bedside and in our conversation, he started crying and I saw tears in his eyes.
‘He promised to help me since I was only a victim of an attack on him. He sponsored my treatment in London, but after his demise, I haven’t really received any help from subsequent governments”, she narrated.

Unfortunately, Elizabeth who is currently 69 years has been dejected with an amputated leg and the supporting leg decaying day by day. She usually walks with crutches and her situation doesn’t seem to get better due to lack of medical care.
With no one to care for her, Elizabeth lives alone and sometimes sleeps for days with no food, surviving on only water.
According to her, she has not received help from any government and only looks up to God to take care of her.

Well, this is really unfortunate. One question on the minds of Ghanaians is, “Is Ghana worth dying for?”