Breaking News
Home / LIFESTYLE / Audio: The sad story of girl who expels her own waste through her mouth

Audio: The sad story of girl who expels her own waste through her mouth

This story may seem bizarre but it is the reality of a young girl who has spent 14 years of her life vomiting her own faeces.

Eva has a relatively common birth defect known as the imperforate anus, a rare condition of infants born with a misplaced, blocked or missing a rectal opening. 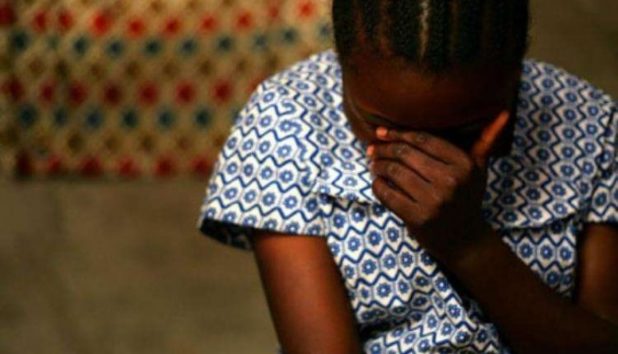 The problem occurs slightly more frequently in boys than girls, a condition of which cause is unknown.

Surgeons typically repair the abnormality during infancy. Unfortunately for Eva, a Junior High School (JHS) 2 student, her parents could not afford a surgery until recently.

She was called a witch by residents in her area at Mpohor Wassa in the Western region – a situation which her grandmother and educational authorities in the area have said has affected her education.

The distraught grandmother, Harriet Baiden, in an interview with Captain Smart on Adom FM’s morning show, Dwaso Nsem Tuesday said her daughter always complained of stomach pains and the only way for respite, is for her to vomit her faeces through her mouth.

“Her stomach becomes very big and shiny and she complains a lot so we give her purgative to enable her vomit” she bemoaned.

It sounds gross, but medically speaking, it is very possible, Dr Kwame Omari Yeboah, an Obstetrician-Gynecologist at the Korle Bu Teaching hospital in Accra has said.

He explained that such defects occur during the formation of the baby in the mother’s womb but can be corrected.

Dr Kwame Omari Yeboah said there is hope because the condition can easily be corrected through surgery.

The same way, luck smiled on Eva when a teacher in the school who saw her protruding stomach and thought she was pregnant opened the Pandora box.

She then told the District Education Directorate about Eva’s condition which mobilized money and had a first surgery performed on her at the Korle Bu Teaching hospital on 24thNovember 2018.

Mr Thomas Dugbatey Larweh of the Special Education Unit of the Ghana Education Service in the Western region who led the process said the surgery was successful.

He said Eva now has a colostomy, a procedure that created a less than 1/4-inch wide “surgical hole,” as a substitute for his anus.

This opening was located closer to his scrotum in a more forward position on his body than the rear.

Colostomy is the first stage of a two-part operation needed to correct imperforate anus.

Mr. Dugbatey Larweh said his outfit was still raising money for another surgery for the tube to be redirected to her anus.

Previous N/R minister made caretaker minister of NE/R
Next Jesus in the morning, voodoo in the evening – Spiritualist narrates how Christian clients seek his help to ‘kill’