I don’t trust my wife, human beings can be very wicked – Elder Mireku 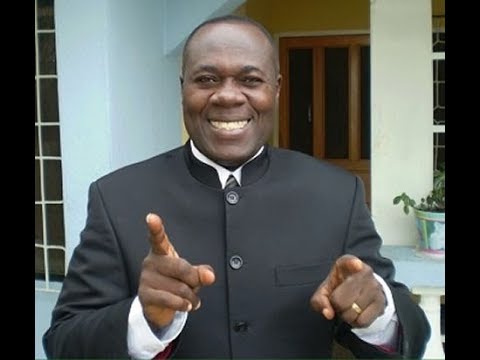 Legendary Gospel musician, Elder Kwasi Mireku, has come out to divulge how a Christian fellow wanted him dead and why he does not trust any homo sapien.

According to the famed singer, he has learnt through bitter experience not to trust any human being, not even his wife of several decades.
Speaking in an exclusive interview with Ejura-based Naagyei FM, he advised the public not to put their trust in people as the one perceived to be your friend could cause your downfall.

He said “We’re in the end time and the devil is at work, if you are not careful someone can kill you, you may see the person as a Christian brother or sister but that person could be your worst enemy.”
He continued “As I speak to you, what I want to say is that don’t ever trust a human being no matter how close that person is to you. Even my wife with whom I sleep on the same bed with every day, I don’t trust her because human beings can be very wicked”
The Pentecost Elder has more than 40 volumes (albums) of songs and has contributed immensely to the gospel music industry.
Commenting on the current Gospel industry he said, “The music industry has become a struggle, several musicians have consulted other gods just to make them popular and have money in this fleeting world. If you joke someone will just kill or destroy you just to disgrace you.”
” In our modern world, a Christian can be so wicked to his fellow Christian, not even worldly people are that wicked. I’ve gone through a lot, the one who wanted me dead is not a worldly person, does not worship idols, he is someone who’s thought to be a good Christian and was very close to me yet he plotted to kill me,” He added
Elder Mireku’s songs are sang in almost every church in Ghana – most of which have been sampled by other artistes.
He has influenced the style of music of musicians like Kwaku Gyasi, Frank Asomadu and many others.
He has songs such as ‘Aduru Wo So,’ ‘Adom Aye Wonsa Ma,’ ‘Maranatha’ and ‘Wose Ayeyi