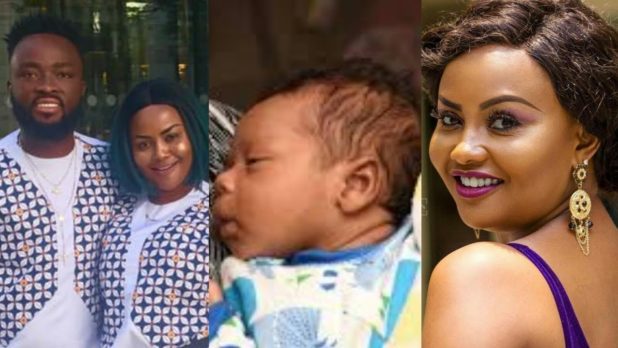 It nearly caused a social media meltdown because, for the 41-year-old actress, who also doubles as a television host, the baby could not have come at a better time – her ‘childlessness’ had been a subject of discussion.

It was her perfect way of silencing critics who had taken subtle jabs at her after she married Maxwell Mensah in August 2016.

Nana Ama McBrown gave birth in Canada, where she had travelled to together with her husband in late 2018.
After the delivery of the baby girl, she shared photos of her baby bump before the delivery.
“I’ve had many tears and sorrows. I’ve had questions for tomorrow. There’ve been times I felt so all alone. But in my lonely hours, yes, those precious lonely hours God let me know that I was His own. I thank God for the Mountains, the Storms, the Valleys, the Ridicules, through it all I learned to trust in Him and God has given me Blessed Consolation. 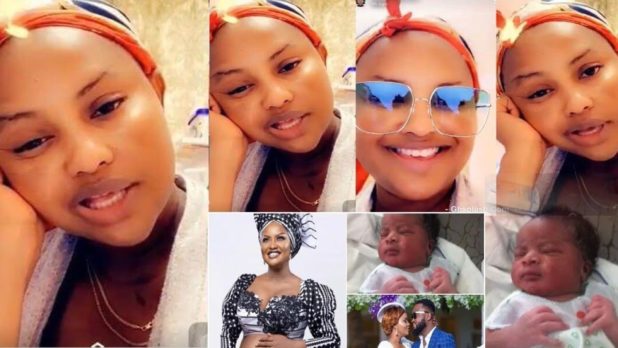 This is what faith In God could do. Believe in HIM For Your TESTIMONY #MYTESTIMONY IS HERE,” a very happy and religious sounding actress shared on Instagram to accompany the baby bump photos.
Nana Ama McBrown, in a new video she shared on her SnapChat, gave her fans and Ghanaians a ‘sneak peek’ of her child.

The elated mother can be seen in the video carrying her baby in her arms as she sings along to Joe Mettle’s smash hit single ‘Bo Noo Ni’ which features Luigi Maclean.
“My testimony. Thank you, God. BRIMM to my Lord.” she captioned the video.
Watch the video below: