Breaking News
Home / LIFESTYLE / VIDEO: Ghanaian lady narrates how she was mercilessly fu**ed by a guy who was on drugs

VIDEO: Ghanaian lady narrates how she was mercilessly fu**ed by a guy who was on drugs 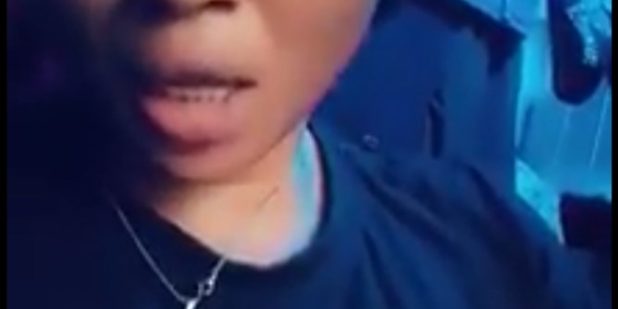 A video of a Ghanaian lady recounting how a guy mercilessly fu**ed her when she paid him a visit, is going viral on social media.

According to the lady, (name withheld) a guy(name withheld) living in the same vicinity with her has been pestering her with love proposals which she took advantage of to spend his money.
After sometime, he asked her to pay him a visit in his house which she was reluctant about because she knew he definitely want to have s*x with her.
The guy started threatening her after releasing she’s not ready to visit him. Because of fear, she went to the guy’s house one evening.
They had their usual conversations and then went to bed to enjoy themselves. But according to the lady when the guy started bonking her, she tried to moan to make it enjoyable. The guy who was not pleased with it asked her to stop.
“I started moaning to make him know I’m enjoying it. But he told me to stop that because he hates noise when having s*x.”
It got to a point she couldn’t take it anymore so had to leave and was very unhappy because she did not enjoy the pleasure that comes with s*x.